Messi trains on day off

Messi trains on day off

Lionel Messi has continued his push for full fitness ahead of the new season as he trained on Friday morning while the rest of the squad and coaching staff had a rest.

The Argentinian did not join the rest of the party for a stroll around Beijing and instead opted to work on the pitch as he bids to raise his physical level after returning from a late holiday. 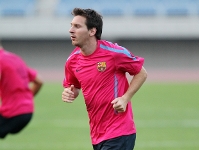 As 11:00, local time, Messi left the hotel along with fitness coach Lorenzo Buenaventura and headed to the State Sports Training Centre in the Tiantan Chongwen district of the Chinese capital where he did running and resistance exercises. 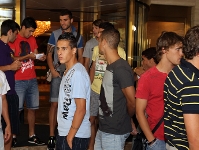 The other Barça players have had far more training days than Messi and were able to don t-shirts and long shorts for a trip to the shops. After having breakfast at their Beijing Shunjing Spa Hotel base most of the squad went out into the city to see what bargains were on offer. 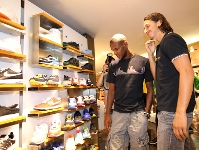 First-team players like Adriano Correia and Daniel Alves went to participate in a promotional even for Nike and Zlatan Ibrahimovic, Éric Abidal and Seydou Keita dressed casually to accompany them. Several members of the coaching staff headed to the centre of the city for a look around, but boss Pep Guardiola preferred to stay in the hotel.

A few other players also chose to stay back and took advantage of the spa that claims to be the largest in the world. With an extensive thermal area the spa covers around 90,000 square metres. 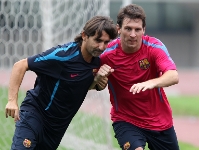 FC Barcelona's directors were not on the shopping trip as they rose early to catch an internal flight to Shanghai to visit the Expo 2010. Vice president Josep Maria Bartomeu was accompanied by board members Jordi Moix and Dídac Lee and sporting director Andoni Zubizarreta.