The US soccer club, which has already secured the services of Thierry Henry, have signed another former Barça star, Rafa Márquez. The Mexican international is delighted with the move.

After leaving FC Barcelona on a high note, Rafa Márquez has secured a move to the New York Red Bulls. He will be officially unveiled to the press and fans at midday on Tuesday (local time). 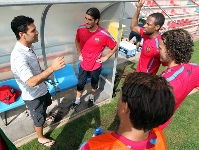 In a statement to the Red Bulls website , Márquez expressed his enthusiasm over this new stage in his career: “I’m really excited about joining the Red Bulls. It was an opportunity I couldn’t refuse”. For their part, the US soccer club described him as, “a winner at all levels, both on and off the pitch”. Fans will remember that former Barça striker Thierry Henry also recently joined the Red Bulls.

Rafa Márquez could make his debut on 11th August in a Major League Soccer match against Toronto FC. 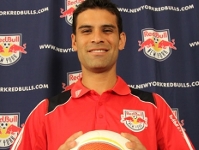