Adriano Correia, who joins his compatriots Alves and Maxwell in Guardiola’s squad for the 2010/11 season, has become the sixth Brazilian full back in Barca’s history.

Although Adriano is much valued for his versatility, his preferred position is as a left back, though he has also played at right back, and he has become the sixth Brazilian full back to play at the club, following in the footsteps of Aloisio, Belletti and Sylvinho, and joining Alves and Maxwell in the current squad. 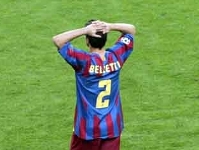 Aloisio, who joined the club as a centre back and was converted into a full back by Johan Cruyff, Belletti and Alves played on the right, whilst Sylvinho and Maxwell were left backs, but all of them have been skilful and fast and have had the same attacking mentality so typical of Brazilian football.

Three together for the first time

This will be the first time that three Brazilian full backs have been in the same Barca squad: there were two, Sylvinho and Belletti, from 2004 to 2007 and Alves and Sylvinho also played together in the 2008/09 season. 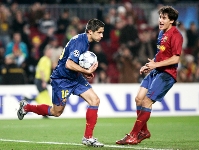 The three other Brazilian defenders who played for Barca were Mario Marinho, who was the first when he joined in 1974 from Santos and played under Marinus Michels, Jose Edmilson, who was primarily employed as a defensive midfielder and Henrique, who has yet to debut with the first team.