Henry leaves on a free transfer

Henry leaves on a free transfer

FC Barcelona and Thierry Henry have reached an agreement to rescind the player’s contract and he is now free to sign for the New York Red Bulls.

The French star leaves Camp Nou after three seasons having a season working with Frank Rijkaard and another two under Pep Guardiola. Henry won seven trophies with Barça and played in 121 official games, scoring 49 goals. 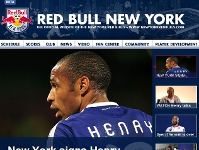 Henry will now continue his career in Major League Soccer with New York Red Bulls and will be presented in the United States at 13:15 (local time) on Thursday. “This is a new and exciting chapter in my career,” he said on his new club’s website . He added: “It is an honor to play for the New York Red Bulls. I am fully aware of the team’s history and my sole goal during my time here is to help win the club its first championship”. 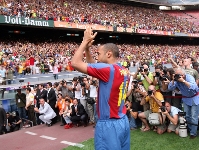