FC Barcelona’s organigram is set to be restructured into professional and youth departments. The former’s technical director will be Andoni Zubizarreta while Narcís Juliŕ will be technical secretary. The latter’s technical director will be Guillermo Amor and Albert Puig will be technical secretary. Both Zubizarreta and Amor are former FCB players and have experience in such positions at Athletic Bilbao and in the Barça offices.

Zubizarreta: 48 years old, ex-keeper and with experience at Bilbao

Andoni Zubizarreta Urreta, the new technical secretary, was born 48 years ago in Vitoria and was one of the lynchpins of the Dream Team. He started out at Alaves, and then made the leap to the top flight with Athletic Club.

Aged just 20 years, Zubizarreta took over as goalkeeper at Athletic Club from Javier Clemente. In five seasons in Bilbao, he won two Leagues, one Copa del Rey and one Spanish Super Cup. In summer 1986 he moved to Barcelona as the substitute for Urruti and won a Zamora title.

As FCB goalkeeper, he won the European Cup, four Ligas in a row, two Copas del Rey, one Cup Winners Cup and three Super Cups in eight years. After the 4-0 defeat to Milan in the 1994 Champions League final, Johan Cruyff decided to offload the Basque stopper, who went on to spend four years at Valencia. Zubizarreta is the most capped Spanish international ever, with 126 appearances.

Three years after hanging up his boots, Andoni Zubizarreta moved into an office job at Athletic Club. He was director of sport at the club for three seasons from 2001 to 2004.

Andoni Zubizarreta loves the game and has always been associated to it. In recent years he has been working as a columnist for ‘El País’ and analyst for TVE. This means he has stayed well in touch with Barça and attended such occasions as the finals in Rome and Abu Dhabi. It is clear from these trips that Zubizarreta has an excellent relationship with Guardiola. 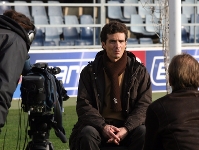 Guillermo Amor (4 December, 1967, Benidorm) is the man who has won the most honours as an FC Barcelona player. He was a first-choice midfielder at the Camp Nou and for Spain. Amor was in the FCB first team for 11 seasons. It was he who scored the 4000th goal in club history, and he has made the fourth highest number of appearances for the club (421).

Once he had left the club he holds dear in his heart, he spent a couple of seasons at Fiorentina, then three at Vila-Real and few months at Livingston in Scotland.

He went on to work in a new capacity for FC Barcelona. From 2003 to 2007 he ran the youth football section, and is now back as technical director. 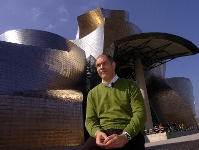 Narcís Juliŕ: Will be technical secretary for professional football. He played for Zaragoza in the 1980s and also for Girona, who is also managed last season in Division 2A. He was assistant to Víctor Fernández when he was coach of Zaragoza.

Albert Valentín: Will be the technical secretary serving as a link between professional and youth football. He was director of sport at Figueres and later sports coordinator at Espanyol for five years.

Albert Puig: Will be the technical secretary for youth football. Until now, he has been manager of the Barça Infantil B team, having previously coached the Aleví B team, where he was assistant to Sergi Domčnech before. He is one of the club’s most experienced youth coaches after working for so many years in the area.