Thiago Alcántara has undergone nasal septoplasty this afternoon to solve the respiratory problems he has been suffering as a result of a deviated nasal septum. 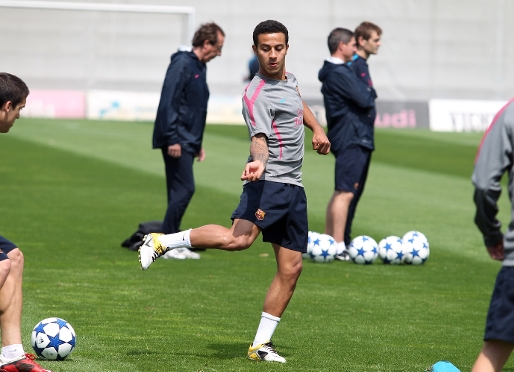 The Club Medical Services have said that the intervention, supported by Egarsat, was performed at the Clínica Mútua in Terrassa. The player is expected to require ten days to recover.

The young star has undergone this surgery at the end of a long season that was culminated last week with the conquest of the European Under 21 Championship title with the Spanish national team.