After playing Hajduk Split of Croatia, FC Barcelona will play their second preseason game at the Allianz Arena in Munich against Brazilian outfit Internacional Porto Alegre on July 26. 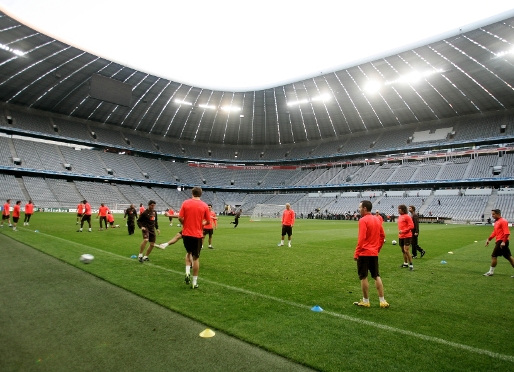 The teams are appearing in what will be the second edition of the Audi Cup. The first was held in celebration of the centenary of the automobile company in 2009 and was won by Bayern in their home stadium. There was no tournament last year because of the World Cup in South Africa.
The game will be one of the semi finals of the Audi Cup 2011, which also involves Bayern Munich and AC Milan.

The side from Porto Alegre is quite a familiar rival for Barcelona, for especially in the 1980s, they were a regular feature at the Joan Gamper Trophy. Barša and the Brazilians also met at the Clubs World Cup in 2006, which the ‘colorados’ won by beating Frank Rijkaard’s side in the final in Yokohama (1-0). 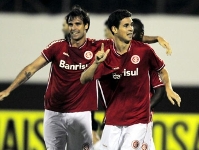 Founded in 1909, Internacional Porto Alegre had their golden era in the 1940s. The club has produced such huge stars as Falcao, Taffarel, Lucio and Dunga, the latter three all World Cup winners with Brazil. FC Barcelona have also employed players that started out with Inter, including Aloisio Pires and Fabio Rochemback. In the Spanish league tight now, the biggest former Internacional name is Villarreal striker Nilmar. 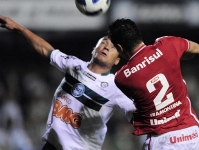 The club are the defending Copa Libertadores champions, the South American equivalent of the Champions League. They are coached by one of their legendary figures, Paulo Roberto Falcao, who starred in that extraordinary Brazil team that graced the 1982 World Cup, along with others of the calibre of Zico, Junior, Sˇcrates, Elder and Toninho Cerezo.

Several of the players have played in Spain before, such as D’Alessandro (Zaragoza), Cavenaghi (Mallorca) and Rafael Sobis (Betis), while the biggest star to come out of the club in recent years has probably been Alexandre Pato, who is now at AC Milan.

Playing the current European champions is a big deal in Porto Alegre. Such is the excitement that the club has organised a prize draw among its members, where fans can win a trip to join the team in Germany. Priority in this draw is given to those who can attract the most new members to the club.