Barça began the season with eight World Cup winners in their team and coach Pep Guardiola admitted he was unsure how they would react, but they came through with flying colours to win the Club’s fourth Champions League title. 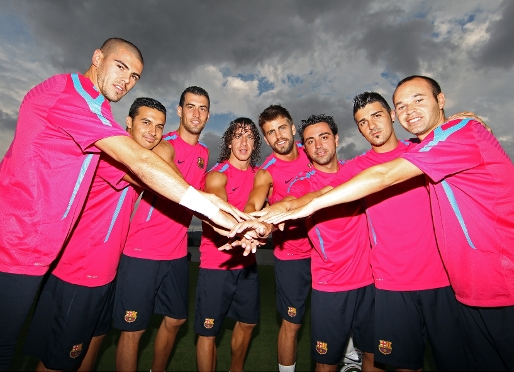 No other team has ever taken a European Cup with so many recently crowned World Cup winners in their ranks, but this Barça team have shown that they are still hungry for titles. The boss has said: “the day that I see they’ve lost that desire to win –I’m off”, but he didn’t need to worry about any burn out after South Africa this season, as his players took the league and Champions League double. 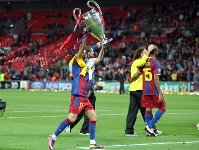 The Spanish squad that won the World Cup in South Africa contained eight Barça players - Valdés, Piqué, Puyol, Sergio, Xavi, Iniesta, Pedro and Villa – who then went on to form the core of the Barça team that beat Manchester United at Wembley at the end of May.

The Brazilian team won their fifth World Cup with three players who then went on to win the European Cup with Milan - Dida, Roque Junior and the ex-Barça player Rivaldo.