The Zamora Trophy is awarded every season to the Spanish League goalkeeper with the best goals conceded record. This year, Victor Valdes has won the award for the fourth time in his career with the second best record in the league’s history. 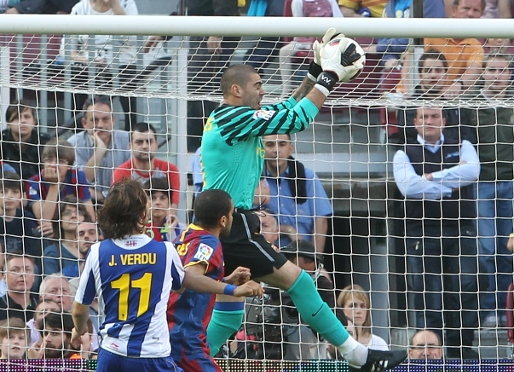 Valdés, who was rested for the Malaga game, has conceded just 16 goals in 32 games to record an average of 0.5 goals a game over the season and take his fourth Zamora trophy and his third on the run.

Third on the run

This year’s record of 0.50 goals a game has only ever been bettered by the Deportivo keeper Liańo in the 1993/4 season, when he averaged 0.47 a game. Valdes has now equalled the record of Juan Acuńa and Santiago Cańizares who won the award on four occasions and is just one behind the legendary Andoni Ramallets.

Before he goes to match that record though, Victor Valdes has the small matter of the Champions League final at Wembley next week, where he will, as ever, offer Guardiola’s team a very safe pair of hands between the sticks.