Youth team player Gerard Deulofeu will make his debut with the first team squad this weekend after being called up for the game against Real Sociedad. Iniesta and Puyol both miss the trip. 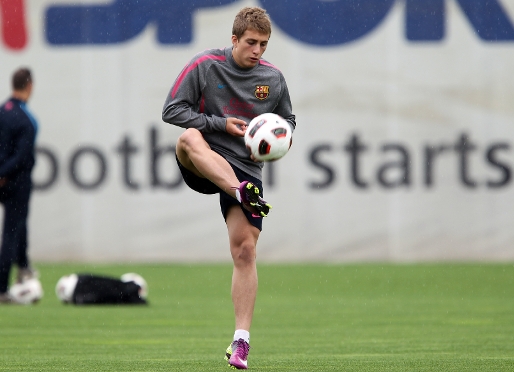 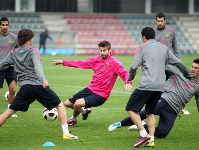 Iniesta continues to receive treatment for the calf strain that kept him out of Wednesday’s Champions League semi final in Madrid, whilst Puyol joins Abidal, Maxwell, Adriano and Bojan in the list of injured players.

The team trained behind closed doors at the Ciutat Esportiva Joan Gamper this morning and Leo Messi trained normally with the group. Abidal, Maxwell, Adriano, Bojan and Iniesta all had specific treatment for their injuries, whilst the B team players Sergi Roberto, Montoya, Thiago and Tello made up the numbers alongside Deulofeu.