Piqué: “Football is fair in the end”

Piqué: “Football is fair in the end”

Gerard Piqué expressed his satisfaction at Wednesday’s result, claiming: “playing like that we were bound to win”, whilst also warning there are still 90 minutes left in the tie. 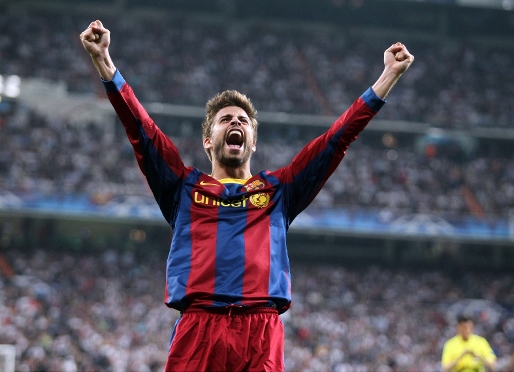 The whole squad was well happy with the historic victory at the Santiago Bernabeu, but they also echoed the boss’s caution ahead of next week’s second leg.


“It can’t be just a coincidence”

“They didn’t try to play football during the first hour of the game either. They were at home, but they didn’t attack at all. If you play on the edge, on the limit of legality, then you are playing with fire and you are going to get burnt. It can’t just be a coincidence that it happens so often. The red card (for Pepe) was very clear and I think there was another that Marcelo could have been shown, but the ref didn’t see it”.

“We should be proud”

As to Barēa’s own performance, Piqué has no doubts: “we played a great game and dominated from start to finish -we should be very proud. In the Cup Final we were a bit unlucky, but football is fair in the end and playing like we did tonight we were bound to win. We can be happy with the result. Against any other team, we could be sure of reaching the final, but this is Madrid and that’s not so with them”.

Finallly, Piqué referred to Guardiola’s pre-match press conference: “he exemplified the feelings of all Barēa supporters. Afterwards you saw all the fans agreed with him and we went out and backed him up to the hilt”.

“We just talk about football. Pepe’s red card was fair, it was a tackle that can’t be allowed. It was ugly and could have caused real damage –it’s a straight red and that’s all there is to it”.

“We were the only ones interested in attacking. The result was fair”.

“It’s Madrid and we have a lot of respect for them. There’s still 90 minutes to go and we will try and finish it off at the Nou Camp, with the grass nice and wet and everything in our favour this time. We mustn’t fail now”.

“They played for a draw or to nick a goal. They had no choice but to sit back and play dirty, like their manager tells them. Everything that happened tonight was only fair and deserved”.
“I’m not concerned about how they will play. Barēa cannot afford to worry about that”.

“My injuries didn’t bother me and I’m happy about that”.

“We played our game and we knew what to expect from them, just as they have done over recent games. We controlled their counter attacks and were lucky to get two goals too”.

“We just talk about football. The ref saw a bad tackle and that’s that”.

“It’s a good result, but we mustn’t get over confident”.

“The whole team played well at a tough ground”.

“We controlled the game . We have always tried to do that when we’ve faced them. It was great to see the team playing such spectacular football”.

“We have always been united. Well done to the subs who came on too!”

“We tried to play football from the start, as we always do”.

“Playing four times means that we were able to analyse them more completely, though every game is different of course”.

“We completely agree with everything the boss said. He’s our maestro and we will always be at his side”.

“We had the ball and we deserved the result”.

“We know the tie isn’t over yet and there are still 90 minutes to go”.

“Guardiola congratulated us for the game and also reminded us that we still have to play the second leg”.