“Now all five senses are on Osasuna”

Zubi: “Now all five senses are on Osasuna”

The sports director for Professional Sport, Andoni Zubizarreta, has said that after losing the Copa del Rey final, the team simply has to recover and start thinking about the league and Osasuna on Saturday. 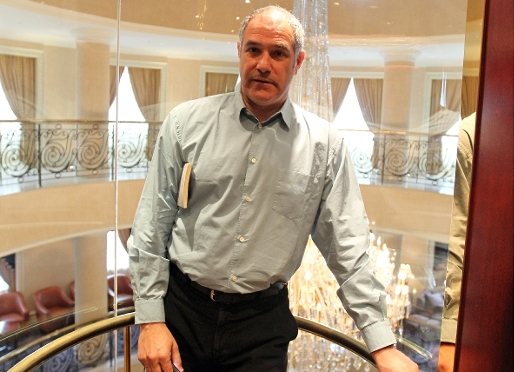 Zubizarreta spoke to the media at Valencia airport just before taking the flight back to Barcelona. After congratulating Real Madrid and both sets of fans, he said that before meeting Madrid again in the Champions League, they first have to think about their forthcoming league fixture against Osasuna at the Camp Nou.

“For the moment, we have to recover, reorganise and have our five senses set on Osasuna on Saturday. It’s time to turn the page, today is Thursday and we have to go back to the frontline on Saturday and remain focused on winning the five points. More than ever, it’s a case of taking each game as it comes. We have to understand that the next game is at the Camp Nou against Osasuna, and we all have to support the team through what is not an easy time. First, the league. The rest will come later” he said.

Barça stick to their style

On the game, he said that “Madrid had us in the first half, and we had them in the second.” Zubizarreta was pleased that his team “wanted to win until the last second by staying faithful to our style … We played the way we like, and tried to keep to our personality. That is how we played in the final and we’ll do the same again on Saturday”.

But Zubi had to accept that the defeat “does hurt, those of us who are Barça people are leaving in pain because we didn’t win. A final has so many elements, so many details, so many little things … If a game is normally decided by little things, that’s even more so in extra time. That’s football, a sport that attracts so many people because anything can happen.”