President Sandro Rosell has congratulated the cup champions and has highlighted the image of the players, the coach and especially the Barēa fans. 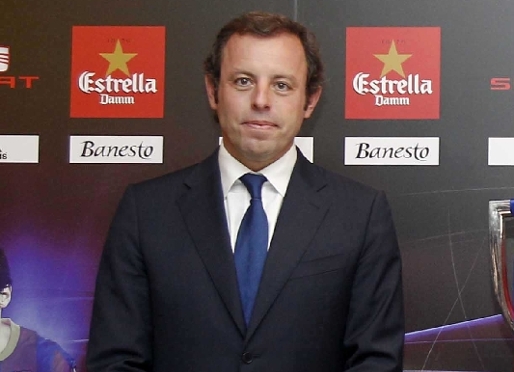 After losing the cup final, Sandro Rosell’s message was clear: “We’re not going away with our hands empty. We can take away plenty of pride, having played some great football … I am happy because of what the players have done and especially for the fans, who set a great example.” But he also found time to congratulate the “champions for winning the title”.

Rosell described the final as “exciting, very nice, with one half for each team … They scored a goal, we could just as easily have done so, and it was us who had to lose … But you can also learn from defeats and such pride will help to make Barēa even bigger”.

After analysing the game, the Barēa president said he felt optimistic about the future. “We can win or lose. It doesn’t matter. Now we have to think about the next game and then the Champions League … We have to finish off the league and then press on.” He finished by wishing the players all the best and saying that he is convinced “Barēa is a very great institution and we’ll get over this”.