Barça have won 74% of their cup finals

FC Barcelona have won 74% of their Copa del Rey finals

Barça is the King of Cups despite playing fewer finals than Real Madrid. Barça have a fine record at the showpiece event, while no team has lost as many finals as Madrid. 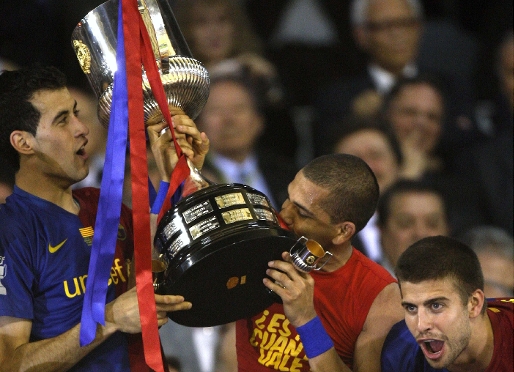 The cup final on April 20, 2011 between FC Barcelona and Real Madrid promises to be an absolute cracker. And if history is on their side, FCB fans will be celebrating another victory.

25 titles and 9 times runners up 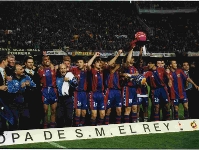 Barça have won 3 out of every 4 finals they have appeared in, equating to a success rate of 74%. Since their first final in 1902, FC Barcelona have played 34 finals and have the best success rate if we discount teams that have played in less than 6 finals. They have won their last three finals against Betis in 1997, Mallorca in 1998 and Bilbao two years ago.

It’s a very different story where Real Madrid are concerned, who have ended up second best 19 times, although they do have 17 wins to their name. That makes for a 47% success rate, considerably less than the Catalans have managed. Madrid’s last two cup final appearances both ended in disappointment, against Deportivo in 2002 and Zaragoza in 2004.