Pep Guardiola is only going to Madrid to look for a win and doesn’t think the eight-point lead means they can afford to speculate. 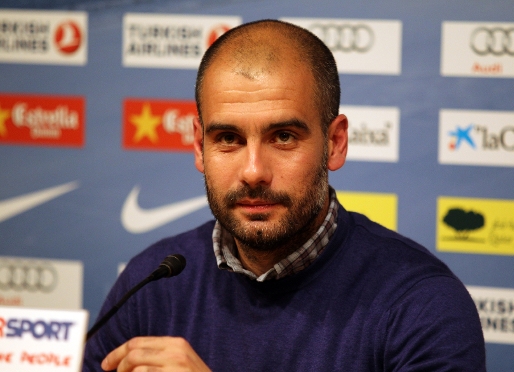 Images: Miguel Ruiz (FCB)
The day is here. The first of four clásicos in just 18 days kicks off on Saturday night. Pep Guardiola is only thinking about this game and not about ways of dealing with the four games with Madrid in some kind of global fashion. “I’d like to speak to the manager from 1916 to know what you have to do in situations like these, because I’m not really sure”, he said, jokingly referring to the last time there was such a flurry of clásicos in such a short space of time.

The FC Barcelona manager is ambitious about the trip to Madrid, and is not resting on the laurels of an 8 point lead. “We are in the situation where you can lose everything in just one week … you can never go to the Bernabéu thinking it wouldn’t matter if we didn’t win.” Neither will he rest any players, because “it’s too important. We are playing for too much. We’re playing for the league and if we can get a good result it’s a giant’s stride towards the championship … I still get the feeling that if we want to win this league we’re going to have to win at the Bernabéu”. 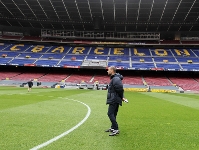 Pep Guardiola has been hugely impressed by what he has seen of Mourinho and his team since they lost to FCB 5-0 in November. “They are better than they were in the first half of the season. They have often been better than us … they are a very powerful, strong team.” But he added that his own team “is one of the best in terms of positional play, because that’s the essence of this team.”

“Mou has the virtue of knowing how to play lots of different ways” said the Catalan, referring in particular to the European semi final between Barça and Inter. Guardiola added that to beat the all-whites “we’ll have to be very attentive and learn to adapt”.

Shortly before the press conference, it was revealed that Carles Puyol is fully fit and will be travelling to Madrid. “It was a nice surprise for us. He’s feeling no pain, he’s getting no trouble and there is nothing stopping him from moving”.