VŪctor Valdťs, after yet another great showing, has said the side is ready and waiting for the forthcoming encounters with Real Madrid: ďWe will go into the clŠsicos with the same enthusiasm. They will be very intense, but also great funĒ. 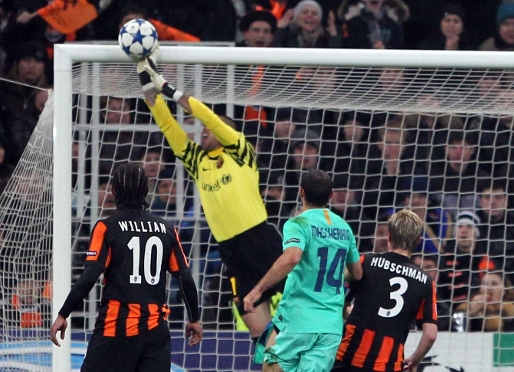 The FC Barcelona will stay the night in Donetsk and will train in the Ukrainian city in the morning at 11.00 am (CET). After that, they will fly back to Barcelona.
The BarÁa goalkeeper is entering the final stage of the season in stunning form. At the Donbass Arena, he made five key saves to help his team into the semi finals of the Champions League. “I am happy with the way things are going. I think the team is playing better than previous seasons. We are very happy. We came here with a good lead but it’s a tough ground to play at, as we saw, against a Shakhtar team that fought to the end.”

On the two, but quite probably four, clŠsicos with Real Madrid in the next few weeks, Valdťs said “they will be very intense, but also great fun.” And he refuses to concede that the league game will be the easiest of them. “There are no placid games at the Bernabťu. We’ll go out as strong as we can.”

The following is a selection of other comments made by the FC Barcelona players after the game. 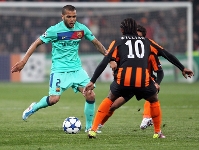 “Now we can relax. We’re in the semi finals, which is what we wanted.”

“There’s a thrilling April ahead. We have fought for this and now football had thrown up an incredible challenge.”

“The most important game is always the next one, which is Saturday’s. We’ll have to play well to win.”

“We know that Saturday will be a difficult game. But it’s also going to be very a very nice game.”

“Mascherano was superb at centre back.”

“I think Madrid have a considerable lead [against Tottenham], but anything can happen in football.”

“We have taken an important step forward. It is always hard to get to the semi finals.”

“It is always nice to play like we did today. It gives us confidence.”

“The team is feeling great.”

“Mascherano is a fast, intelligent player, he can adapt to any position.”