Barēa are in the final four of the Champions League for the fourth time in a row, setting a new club record. This will be their sixteenth appearance in the semi finals. 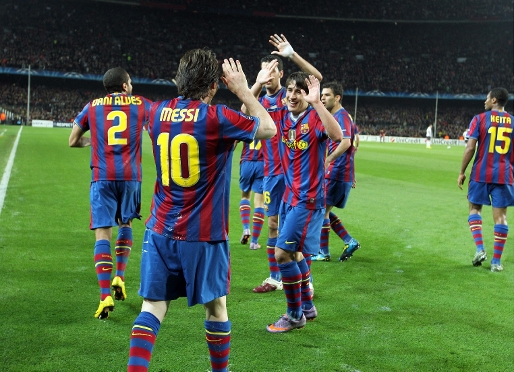 Real Madrid and Tottenham in next round

Barēa’s semi final opposition will be either Real Madrid or Tottenham Hostspur. The Spaniards have it all in their favour after winning the first leg 4-0. This would be the fourth time Barēa and Real Madrid have met in a European tie. Barēa have only ever played Tottenham in the old Cup Winners Cup, back in the 1981-82 semi finals. Then coached by Udo Lattek, Barcelona qualified for the final, 2-1 on aggregate.
Guardiola’s side are into the semi finals of Europe’s premier club competition for the fourth year in a row, and the fifth in just six seasons. Since he has been on the bench, they have never failed to get at least this far in the competition. 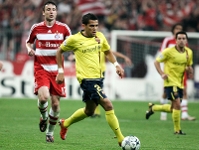 In the 2008/09 season, Barēa knocked out Bayern Munich in the quarter finals and went on to meet Chelsea. A year later, Arsenal were the victims and the semi final foe was Mourinho and Inter. Shakhtar have fallen under the Barēa sword this time, and next up will be either Real Madrid or Tottenham.

Barēa’s first of the run of four came under Frank Rijkaard. That was in 2007/08 when they met Manchester United in the semis after previously defeating Schalke 04.