Iniesta has only missed winning ties

Tuesday’s game against Shaktar will be just the second match in his career that Andres Iniesta has missed through suspension. 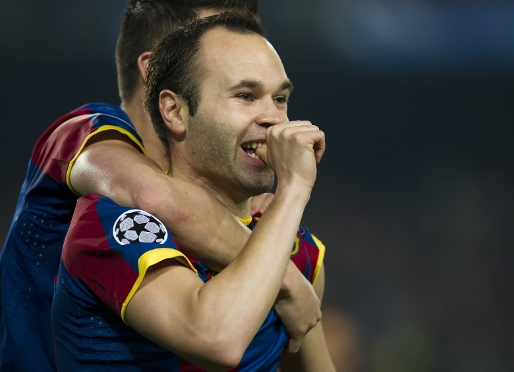 The other games he’s missed this season have all been in the Cup competitions and Barēa have always got through despite his absence. Iniesta has been an ever present in the league so far this year and he’s only missed out on the first leg of the Spanish Super Cup, a Champions League Cup game and four Spanish Cup matches.

Second suspension of his career

Tuesday will be only the second time in his nine year career with the first team that Iniesta has been suspended for a game, having missed the 2007/08 defeat at Deportivo (2-0) for running up five yellow cards.