Pedro: "We don’t take any team lightly, and certainly not Shakhtar"

Pedro was very prudent before the return leg of the Champions League quarterfinals in Donetsk. On a personal level, the forward admitted feeling some discomfort, but "every day it’s getting better." 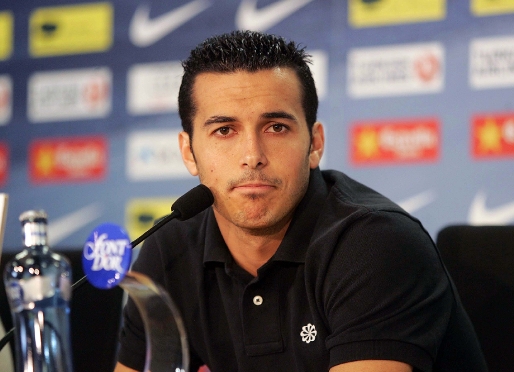 After the important win against Almeria, Barça are now thinking about the next match in Donetsk, in the return of the Champions League quarterfinals. Despite the 5-1 first-leg win, the Barça squad is being cautious. Pedro Rodriguez served as spokesman in Sant Joan Despi. "We don’t take any team lightly, and certainly not Shakhtar, because they are a great team," he told a press conference. 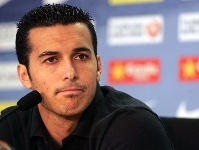 Pedro warned that "It's ninety minutes, anything can happen, as they have a very strong team, with fast players like Douglas Costa and Luiz Adriano”. Thus, he predicts a "tough and complicated" game, although he’s very clear that "We won’t change our style of play. We will play with tension and concentration against Shakhtar”.

Pedro sees the team "in good shape" at the start of the decisive stretch of the season. According to him, "we’re in good shape and playing well, although it’s logical that not all games are the same, they’re tough to win. We are okay to face a tough month ahead".

And then, the classics

In the event that Barça knock out Shakhtar, they could be playing 4 times against Real Madrid in a short period. Pedro prefers to think "one game at a time" and when the classics come around "we’ll try to prepare well for them". The first one will be in the league next week. "We have a good chance to win there and we’ll go all out to do it. It’s a tough game, we don’t know what will happen but we’re up for it” he said.

Recovered from his lumbago, the striker explained how he feels: "I'm feeling better, you have to take it slowly. To get the rhythm back and get back into the team is tough and must be taken calmly”. Pedro admitted that he still has some discomfort, and he isn’t at 100%, but "all the time I’m feeling better", and added “I want to be in the best possible shape for the decisive run-in”.