Recuperation at the Ciutat Esportiva

Recuperation at the Ciutat Esportiva

The Barça training session at Sant Joan Despí on Thursday morning was all about getting the players back in shape after their Champions League exertions as they turn their minds back to their league commitments. 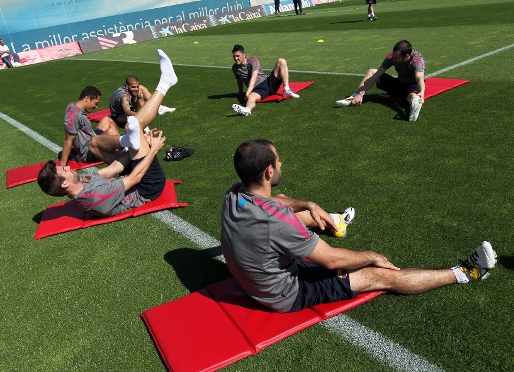 More info
Hours after their sensational victory over Shakhtar Donetsk, it was time to think about recovering. Some did so in the gym and others took the field at the Ciutat Esportiva Joan Gamper. 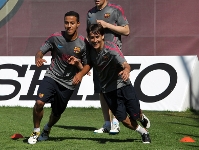 But the players also have to start thinking about their league game with Almeria at the Camp Nou on Saturday at 20.00. Carles Puyol did specific work in the gym and Éric Abidal continued in isolation, working with a fitness coach.