Barēa-Shakhtar Donetsk: Did you know…

Barēa-Shakhtar Donetsk: Did you know…

The Champions League is back at the Camp Nou on Wednesday and there is plenty of trivia attached to the game. Did you know the following? 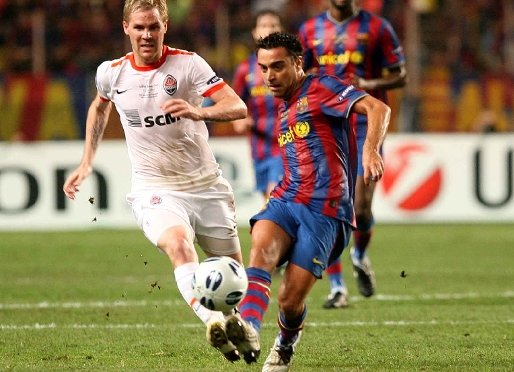 ► This is the thirteenth time that FC Barcelona have made it to the quarter finals. Until now they have qualified ten times and gone out just twice.

► This is the first time the Ukrainian club has got this far in the Champions League.

► Only one of the eight teams that made it into the quarters won both games in the previous round. That was Shakhtar Donetsk.

► The last time the Catalans and Ukrainians met here at the Camp Nou was in December 2008, and Shakhtar won 3-2. Although Barēa had already qualified as group champions. 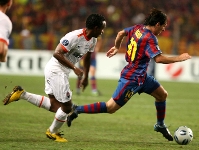 ► They also met in Monaco in August 2009. An extra time goal from Pedro won Barcelona the European Super Cup.

► In total, the sides have met seven times, with four wins for Barēa, two for Shakhtar and just one draw.

► FC Barcelona have won all four of their European home matches so far this season (5-1 against Panathinaikos, 2-0 against Copenhagen, 2-0 against Rubin Kazan and 3-1 against Arsenal).

► Barēa’s worst ever home defeat in Europe was against a Ukrainian side. They lost 4-0 to Dynamo Kiev in the 1997/98 season.

► Tonight’s game marks the return of Dmytro Chygrinski to the Camp Nou. For Barcelona, he played 12 league games and 2 in the cup.

► Andrés Iniesta is the only FCB player who will be suspended if he gets a yellow card tonight.

► But Shakhtar Donetsk have all of Chygrinski, Gay, Luiz Adriano, Mkhitaryan, Rat and Srna one game off a suspension.

► David Villa scored two goals against Shakhtar Donetsk when playing for Valencia (2-0 in the 2006/07 season).

► Tonight’s referee is Scotland’s Craig Thomson, who has never refereed either Barēa or Shakhtar Donetsk.