Leo Messi remembers the previous meeting with the Ukrainian side and knows “it will be a very tight match. We just have to look at what happened in the European Super Cup Final.” 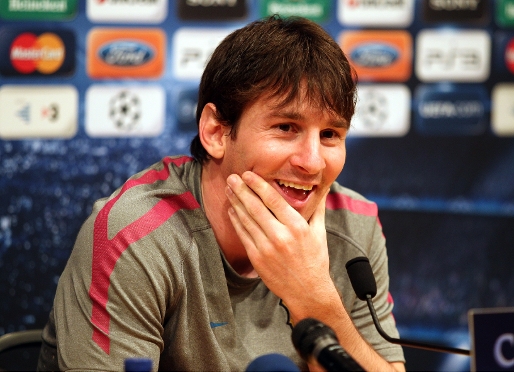 Barça now have an eight-point lead on Real Madrid, which has come as a welcome surprise to Leo Messi. “We went to Villarreal looking to defend our five-point lead. It was shock to see that Madrid had lost to Sporting and that we could extend the lead to eight.”
Speaking before the Champions League quarter final with Shakhtar, Leo Messi has said that “we know it’ll be a very hard game, because we are playing against a team with some great players who know how to play football well. Games against Shakhtar are always very tight. We just have to look at what happened in the European Super Cup Final and the other games we’ve played against them recently. We will need to be well focused, because they can surprise us.”

Speaking about what will be his third Champions League quarter final, the Argentinian said “we’ll he hoping for a good game and to win it. The important thing is to set a good goal difference to take some of the pressure out of the away leg.”

Not worried about scoring

The striker is the club’s top scorer this season with 45 goals, but he has been struggling to find the target recently. Said Messi “I don’t count the games I score in or don’t. It would be nice to score against Shakhtar and be able to help the team, but it’s not something that worries me too much. The important isn’t who scores goals, but that we get them.”

Leo Messi took a knock in an international for Argentina, and admits to not being one hundred per cent. “I didn’t feel too good against Villarreal. I’ll work hard to get rid of the problems, but I’m gradually feeling better.”