“The difference is the desire to be champion”

Pep Guardiola: “The difference is the desire to be champion”

Barça manager Pep Guardiola believes that what wins a title is not fitness or tactics, but “the desire to be champions”. 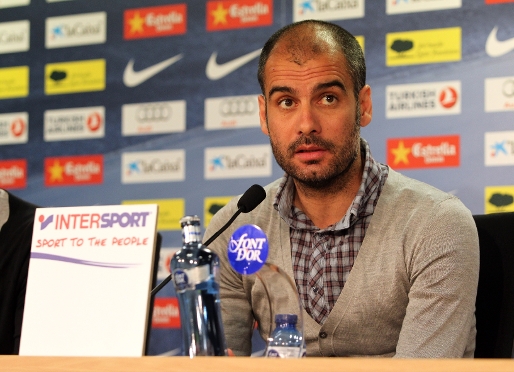 Images: Miguel Ruiz (FCB)
Several days have passed since we heard from Pep Guardiola. After the international break, the FC Barcelona manager was at the Ciutat Esportiva today to speak about such matters as the game with Villarreal and the run in to end of the season. Said Guardiola “we have done things well … we have competed very well, if we hadn’t we wouldn’t be where we are now”.

Although many might suppose that fitness and tactics are what matter most, Pep Guardiola argues that “what makes the difference is the desire to be champion”.

He also refuses to accept that the international break will have a negative effect on their performance against Villarreal. “It is not good for a big team to complain. It’s just the way it is … We have to live with this and we have to try to compete as well as we can”. 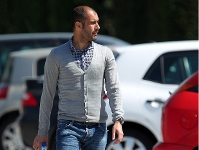 On Villarreal, Guardiola feels the side has consolidated their place in the league, and not just this season. “They have been among the top team for years … they are always difficult opponents”.

Some are saying that this is the most decisive game of the league season, but Guardiola believes that there is “another that will be more important … we have to go to the Bernabéu and win again. We’ll be trying to go there with as big a lead as we can”.

Guardiola is pleased that Messi “has played a lot of games and is not injured, that’s a good sign” but will have to wait before deciding what to do against Villarreal. “For him, Gaby and Mascherano, it has been a very tiring trip” he said.

On the other injured players, Guardiola revealed that Pedro and Maxwell “are better and this afternoon we’ll see if they are ready or not” while Puyol “is almost fit, but not quite yet”.

Guardiola also spoke about Sandro Rosell’s comment, when presenting the Get Rid of Hunger campaign , where he predicted a 5-0 win in the Copa del Rey final. He said that the idea of collecting as much as food as possible “is a brilliant idea” but on his comment about the final, Guardiola said “he has given me his arguments, but if you want my opinion, that could have been avoided … It is a charitable cause and the better the result, the more there will be for people in need … the president has behaved impeccably since the members elected him”.