The win against Getafe has extended Baršaĺs unbeaten run under Pep Guardiola. Against Sevilla (1-1) they equalised the 1973/74 record of 26 games without a loss and against Michelĺs side they extended it. 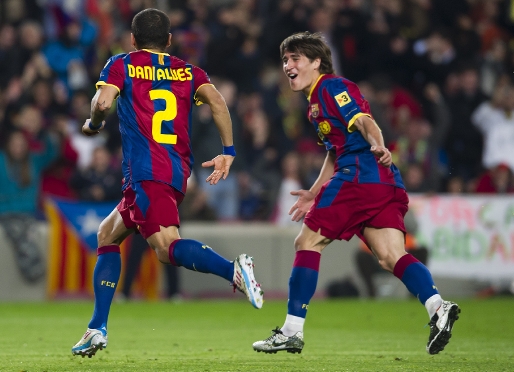 Since losing to Hercules on the second day of the season, Barcelona have not lost a match in a league they have led since game 13. With 24 wins and 3 draws they have recovered from that early setback to make club history. But they still have to continue the run a little more to catch Real Sociedad, who in 1979/80 went an amazing 32 matches without defeat. 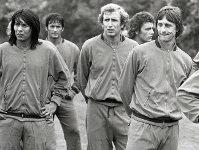 Barša’s own record dated back to 1973/74, when from a 0-0 draw with Real Madrid at the Camp Nou to a loss in the penultimate game at the Calderˇn, with the title already secured, the side coached by Rinus Michels went unbeaten.

This seasons stats have even eclipsed the wonderful performances of other recent seasons. Two season ago, Barša had also only lost once at this stage of the season, but had drawn six times, while last term , they had lost one and drawn five. But this time round, their single loss is accompanied by just three draws, meaning they already have four more points than they did at this time in 2009/10. 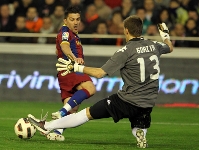 Barša 2010/11 have been beaten four times this season, once in each major competition. The only loss they could do nothing about was the one against Hercules in the league. After losing in Seville in the Spanish Supercup (3-1) they bounced back in the return leg (4-0). The same happened against Arsenal after losing 2-1 in the Champions league and the 3-1 defeat to Betis in the Copa del Rey mattered little after they had already won the first leg 5-0.