Zubizarreta: “Shakhtar is a tough team”

Zubizarreta: “Shakhtar is a tough team”

Andoni Zubizarreta has spoken about the Champions League draw, which has pitted Barça against Shakhtar Donetsk. The sports director considers the Ukrainian outfit “tough, tactically sound and with fast players up front”. 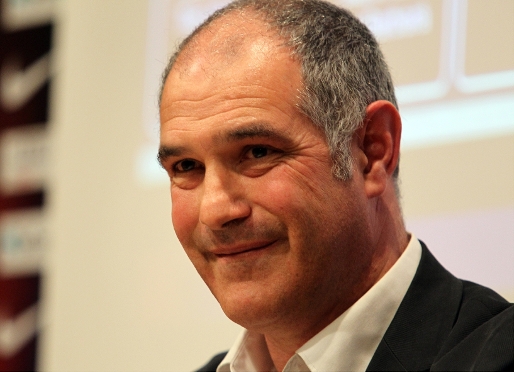 This is the first time Shakhtar Donetsk have got this far in the Champions League but Zubizarreta doesn’t think it is an easy draw despite the Ukrainian’s “inexperience.” He knows they will be “very excited” and that they are “tough, tactically sound and with fast players up front”.

If Barça get to the semi finals they may have to meet Real Madrid. But Zubizarreta insists that “we have get through the quarter final first and then we’ll see what happens. It’ll be a very difficult game against Shakhtar”.

In Pep Guardiola’s midday press conference, he said “Shakhtar have been a nice surprise. They are not a famous rival but they have been excellent in the Champions League and we’ll need to make a big effort.” Guardiola knows the club from Donetsk only too well, for “we know how hard it was against them in the Supercup”.

Guardiola added that “We will have to try hard to play well against Shakhtar. We have the disadvantage of playing the second leg away, but we had that against us the first year and still made it to the final”.

The game will also be a reencounter with Dmitro Chyigrinski. As the coach said “we have heard he’s playing very well and is happy there. He is a very special player in many ways”.

Bartomeu: “Playing the first leg at home is a handicap”

The vice president for sport, Josep Maria Bartomeu, also commented on FC Barcelona’s European fate. He admits that playing the first leg at the Camp Nou “is a handicap” and that “we’d prefer to play the second game in our stadium, but that was the draw and we have to accept it and fight as hard as we can”.

Bartomeu also said that “Shakhtar was not the team we wanted because we know how well they can play”.