Gerard Piquť has issued a firm response to the insinuations made on Sunday by Cadena Cope that BarÁa are involved in doping activities. 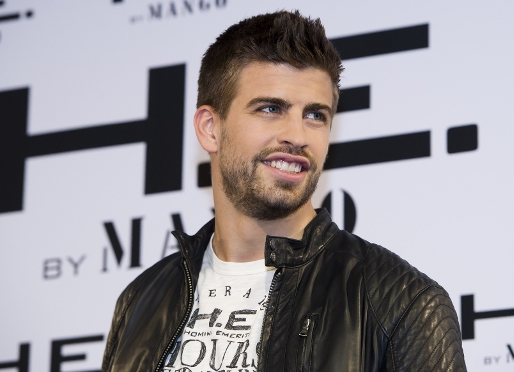 On his clothing tastes, Gerard Piquť confessed that “when I was fifteen or sixteen years old, I loved fashion, and I do like to dress well. But where I really enjoy myself is on the pitch”.
“The club has already released an announcement that says what we think. In football you win because you are better than the opposition. That’s why we win, because we’re better and nothing else”, stated Gerard Piquť at a promotional event for a brand of clothing to which he is offering his image. He described the accusations as false and claimed some people are “playing with fire”.

“We have nothing to hide. I know what we the squad takes” said Piquť, explaining that “the club has a specialist in all types of nutrition and food who knows what is best for a footballer’s body … We take vitamins like everybody, nobody doubts that, but if anybody is saying these things, they are playing with fire”.

He was also asked for his opinion of the refereeing display at the SŠnchez PizjuŠn (1-1). “Sometimes they decide in our favour and sometimes not. We shouldn’t interfere and should let them do their job. Referees can make mistakes, like everyone, and they should be respected.” Piquť simply feels the team “has to be better than the opposition in every match … it is always hard to win, we have to take each game as it comes”.

Although they could only draw at Sevilla, Gerard Piquť felt the team played well. “We generated a lot of occasions, hit the post twice, had a goal disallowed and still played well despite the draw. I think we gave a good image of ourselves in Seville”.

There are ten matches to go, and Piquť appreciates the difficulties that lie ahead. “Now we are playing for everything. Wherever we go, we will face difficult games because teams have a lot to play for at this stage of the season and you can’t underestimate anyone” he said.