The three goals against Arsenal on Tuesday took FC Barcelona past the 900 goal mark in official international games. Messi’s first made it 900 exactly and Xavi and Messi’s second made it 902 –and counting! 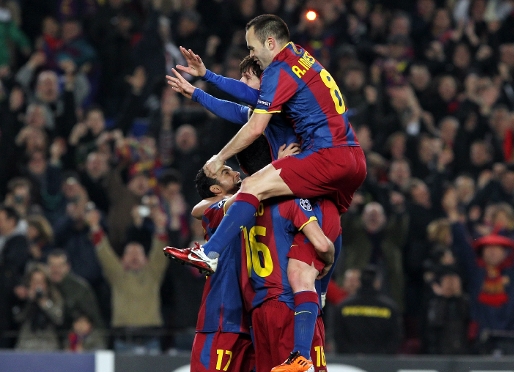 100 goals in less than four and a half years

When was the 800th goal scored? On December 14th 2006 – four years and four months ago, in the semi final of the World Club Cup against Amčrica de Mexico, when Rafa Marquez got the second in the 4-0 win.
Tuesday’s game was a great occasion at the Nou Camp and it also marked a historic record for the club, as they passed the 900 goals mark in international football, a figure reached in just 467 games, during which 479 were conceded. 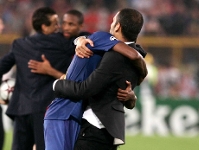 More than half of the last one hundred goals the team have scored have come under the managership of Pep Guardiola, who has seen the teams he’s sent out bag 69 -36 in the Champions League winning season 2008/09, 20 last year and 13 so far this campaign.