Guardiola: “We absolutely dominated the game”

After stating how pleased he is to have seen his team into the Champions League quarter finals, Guardiola claimed that “analysing the game, we managed to absolutely dominate the play”. 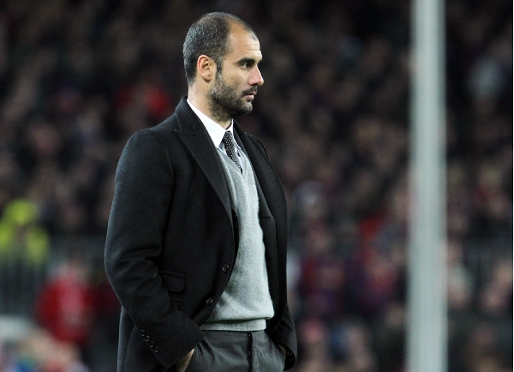 Rosell: “I am proud of Barēa”

Sandro Rosell spoke about the Barēa spirit after his team qualified for the quarter finals of the Champions League in a tense match against Arsenal. The essential word for him is pride. “Barēa people feel pride. The pride to belong to this team, to have these players, this coach and these fantastic fans that never stop cheering us on. I am proud of Barēa”.

Speaking more about the fans at the Camp Nou, Rosell said “they didn’t let us down. Pep asked the members and fans to come and they responded. Tonight, the Camp Nou was like an English ground.”

The FCB president admitted that the home fans “suffered all the way through to the final whistle ,,, but suffering with a good ending is fabulous.” On the team, he said “we totally dominated” but asked how far the side can go in Europe, he preferred caution, merely saying that “we have to stay calm and take things step by step”.

The Barēa coach was able to conclude that as “we had 70% of the possession of the ball”, while Arsenal “didn’t have a shot on goal” and “didn’t string three passes together”, it was patently clear that Barēa had played “an extraordinary match … ultimately a team qualifies for doing many things, and I think that overall, we were just better than them.”

Guardiola was amazed that tonight at the Camp Nou “a team as good as Arsenal didn’t shoot on goal”, a statistic he feels “says a lot about Barēa in a footballing sense”. 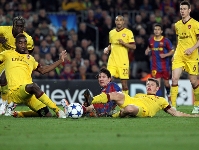 Arsčne Wegner had a lot to say about the refereeing, and in particular the sending off of Van Persie, which he feels dictated the Londoners’ defeat. Guardiola said he can understand why Arsenal should “put defeat down to the red card … I feel sorry for Arsenal because I like the way they play. I don’t know how they’ll analyse this game, but if they say it’s because we were 11 against 10, then I’ll accept that. But they can also ask whether they played the way they always do”.

Thanks for the fans

Whatever, Guardiola said “it is a huge satisfaction to be back in the Champions League quarter finals. You have to be strong to get here, and you need continuity. We’re proud we’re in the draw on the 18th … and thanks to the fans. We knew they wouldn’t let us down.”

Praise for Mascherano and Iniesta

Guardiola ended with a few words about individuals, and two players that impressed him this evening were Mascherano and Iniesta. The former he said “is a player who knows this trade well, this business. He’s very experienced and is a guarantee wherever you play him”. As for Iniesta, he highlighted his ability to “dribble past players … there are few players like him, that’s why he gives us something extra, especially at home. This year he’s very strong, very enthusiastic.”