The team has trained at the Camp Nou for the last time before the important duel with Arsenal. Once the session was over, the players went back to Hotel La Florida, where they will stay until two hours before the match. 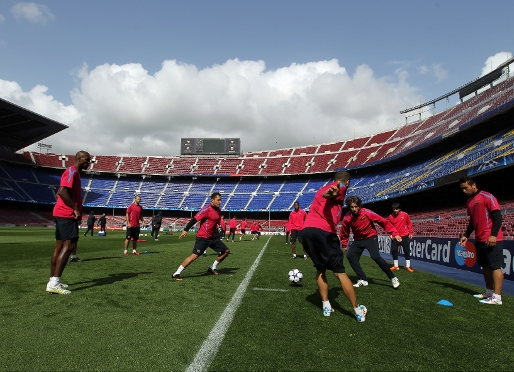 The 19 players in the squad to face Arsenal –18 from the first team plus Thiago- stayed the night at Hotel La Florida, on Tibidabo mountain, and this morning transferred to the stadium for the final session. It was at about 12.00 midday that they took to the Camp Nou turf to finalise details ahead of tonight’s showdown (20.45).

Pep Guardiola, who is recovering from a slipped disc and spent the night at home rather than in the hotel, was able to oversee the final session before facing off against the side coached by Arsčne Wegner.