After tonight’s result at Mestalla (0-1) FC Barcelona have broken another all-time record. They have gone 20 consecutive league games without defeat since losing 2-1 at Atlético Madrid last season. 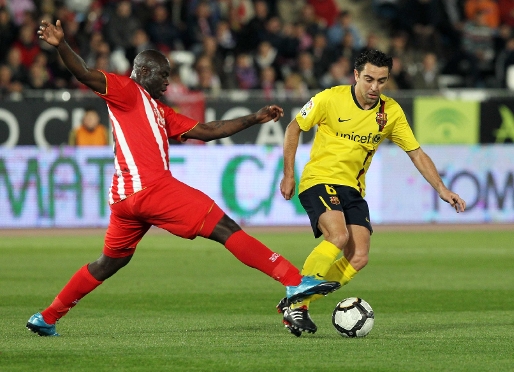 There is another record that Barcelona are on good track towards winning, which is the number of consecutive games in which a team has scored at least once. That record has remained intact since way back in 1942/43 and the season after, when FC Barcelona scored in 36 matches in a row. After tonight’s game at Mestalla, Pep Guardiola’s has scored in 24 games. If they go on to score in their 12 remaining league matches, then they will equalise that tally.
On February 14, 2010, FC Barcelona lost to the ‘mattress-makers’ at the Vicente Calderón. Zlatan Ibrahimovic’s goal was insufficient to avoid the club’s only defeat in the entire league season.

The previous record for an undefeated streak on the road belonged to Real Sociedad. Managed at the time by Alberto Ormaetxea, the Basques didn’t lose an away game for 19 matches between the 32nd game of the 1978/79 season until the 33rd of the next. Oddly enough, they didn’t win the league in either of those seasons, but did clinch the title shortly after in 1980/81. 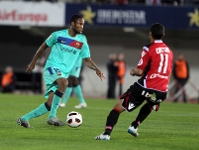 After the loss in Madrid, Pep Guardiola’s side ended the 2009/10 campaign with wins away to Zaragoza, Mallorca, Madrid, Villarreal and Sevilla, and also drew at Almeria and Espanyol.

This season they have yet to lose outside of Barcelona. They have taken all three points from their visits to Santander, Madrid (Vicente Calderón), Zaragoza, Getafe, Almeria, Pamplona, Cornellŕ, La Coruńa, Alicante and Mallorca. The only place they dropped two points was Gijón.

Another record on the horizon

The overall record for an unbeaten run in the league is still held by the great Barcelona team that included Johan Cruyff in the 1973/74 season. Under manager Marinus Michels, the club went 26 games without a loss from the 6th to 31st match days. It was Atlético Madrid who broke the streak, but the Barça side that visited the Calderón had already sealed the title.