Tito Vilanova, the FC Barcelona assistant coach, has confessed to a press conference that Barça never find it easy to travel to Mestalla. “We have always found Valencia hard. We’ve never won there” he said. 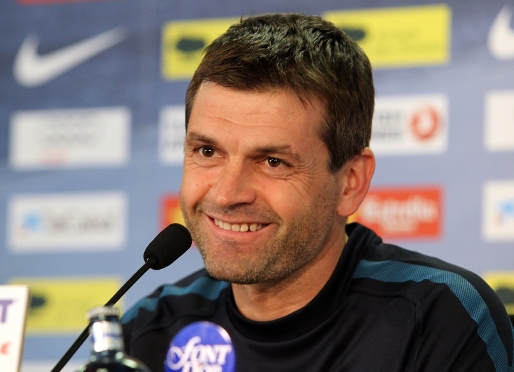 Today, Tito Vilanova stood in for Josep Guardiola, who is having back trouble. He explained the situation. “Pep has been getting pain for several days and has been coping as well as he can, but he just couldn’t bear it any more this morning. We’ll have to see how he feels tomorrow. I think he’ll be OK, but whatever happens, we’ve got a game to play” he said, playing down the importance of the issue. 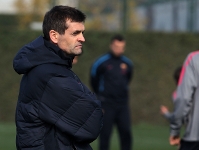 Vilanova preferred to discuss Mestalla, where despite the difficulty of the fixture “I never settle for a draw against any team. Last year’s was a game we could easily have lost. I imagine the game will be similar to the other two we have played there, with them putting pressure on the way we bring the ball out from defence. Emery has studied us hard.”.

On Wednesday night’s opposition, he said “they create a lot of attacking pressure and then get back well, and their wingers defend well too. They’re dangerous on the counter attack and good from dead ball situations.” Vilanova went on to ignore the same old questions about title chances, and merely said that “whatever we do in Valencia, it won’t decide the League”. 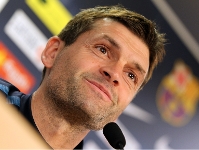 Xavi Hernandez has been given the medical all-clear on Tuesday, and Vilanova kept a close eye on the midfielder in training. But as for him taking part in the match, he kept his cards close to his chest. “We’ll see tomorrow” was all he was willing to share with the media.

Turning to the Puyol and Valdés’ recovery programmes, it seems neither of them are ready for an immediate return to action. “Puyol is happy and able to do things he couldn’t before but his recovery is a gradual process, and the same goes for Valdés. These injuries can change very quickly, so all we can do is wait”.