“We found it hard to get going”

Guardiola: “we found it hard to get going”

Speaking after the 0-3 win in Mallorca, Pep Guardiola admitted his players had found it hard to get going in the game, but felt that they had improved after the break. 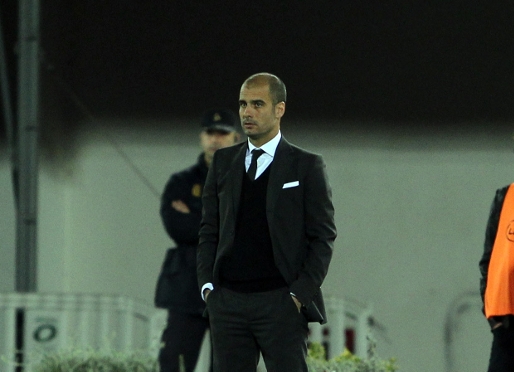 Guardiola also heaped praise on his old Dream Team teammate Michael Laudrup, who manages Mallorca: “I can’t say anything bad. It’s not an easy situation at the club and his team is putting in a better than good campaign. I hope he finishes the season well”.
Clearly happy with the three points from what he claimed is never an easy place to come to, Guardiola reckoned that his team’s slow start: “has to serve as a lesson for other games”.

Another story after the break

The boss explained: “we found it harder than ever to get going tonight and that has to serve as a lesson for other games. Obviously the goal helped us. It was another story altogether after the break though, we played with more intensity and suffered less”.

Guardiola was happy with the points: “in the first of three big games we have this week… we are on a good run, remember that Mallorca have taken a lot of points here”.

The team showed in Mallorca that the squad has enough quality to cover for any absences and Guardiola commented: “these things always happen during a season, we knew that the injured guys wouldn’t be here- we prepared the match and the players responded well. If we lose, it won’t be down to the players who are missing. The titles we have won have been won by everybody and I have a lot of faith in my players”.

Guardiola made special mention of Keita’s contribution: “he is one of the most dependable players a manager could have. Without doubt, it was him who held us together in the first half”. Looking to the future, Guardiola concluded: “we have to get over the knocks we’ve picked up and prepare for the tough game we face in Mestalla”.