This Saturday sees the start of ten days of virtually non-stop La Liga action and the next three games could prove decisive all over the table. Barça kick off at eight in Mallorca tonight, whilst two hours later, Madrid face Deportivo in La Coruńa. 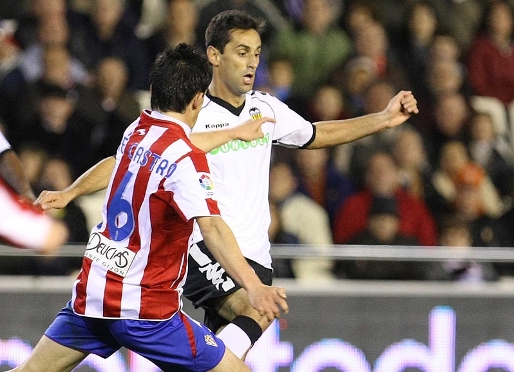 Week 25 games begin at 18.00 on Saturday and finish with the Malaga game at 21.00, then the midweek fixtures start with two games on Tuesday and a further six on Wednesday before closing at the Bernabeu at 22.00 on Thursday. Week 27 then starts at 18.00 on Saturday, when Mallorca entertain Valencia, closing with Real Sociedad’s visit to La Coruńa on Monday night – 30 games in 10 days.
Valencia and Villarreal both face tricky looking away games on Sunday –in Bilbao and Santander, whilst sixth placed Espanyol will “welcome” back ex-captain Raul Tamudo, who’s currently on a good scoring run for Real Sociedad and Atletic Madrid and Seville meet at the Vicente Calderon. At the other end of the table, six of the bottom seven teams play each other.

Real Madrid beat Deportivo in La Coruńa last season for the first time in 18 years and Mourinho knows he needs a repeat of that feat this Saturday if he is to maintain any sort of challenge at the top. Madrid have scored just twice in their last three away games, with one win , one draw and one defeat to show for their troubles, whilst Deportivo have beaten Villarreal, drawn with Seville and been thrashed by Barça in their last three home games.

Valencia travel to San Mames for what could be a decisive game in the fight for Champions League places. The Basques currently lie fifth, ten points behind Valencia and a win for Emery’s team could virtually guarantee them a top four spot. They won’t have it easy at San Mames though, where Bilbao have won nine of their twelve games so far this season. After beating Naples to qualify for the next round of the Europa Cup on Thursday, Villarreal face a tough trip to Santander on Sunday as they try and put their La Liga season back on track. Villarreal have yet to win in La Liga this month, whilst Racing have beaten Getafe and Seville under new boss Marcelino.

Atletico Madrid vs Seville might have been seen at the start of the season as a potential six-pointer for the Champions League spots, but both teams have disappointed and remain out of the top six. Seville are seventh after elimination from the Europa Cup in midweek and they will be without the injured Kanoute, Palop, Romaric and Martin Caceres for the match, which they go into after just one win from their last five away games. Atletico are at full strength, a point behind Seville and with just one win in their last four home games.

Raul Tamudo scored 129 goals in his 14 seasons at Espanyol and he has been able to reproduce that goal scoring form for his new club Real Sociedad, coming in for the injured Llorente and scoring in Real’s last four games. Espanyol are falling fast in La Liga, with four defeats on the run, whilst Real have won three of their last four and are now just three points behind their hosts on Saturday.

Big games at the bottom

The bottom two met in La Rosaleda on Monday night, with Malaga unbeaten in three (all draws) and Almeria having lost just twice in their last six games. Zaragoza fill the other relegation spot, a point above Almeria, and travel to Gijon to take on a Sporting side who have won two of their last three home games, with the other being a draw against Barça, but are still two places and just one point above them. Levant are sandwiched between Zaragoza and Sporting in 17th on 24 points and they are at home to Osasuna, who are 14th on 25. Following last week’s impressive start (beating Espanyol 4-0), Osasuna’s new boss Mendilibar now faces the task of getting his club’s first away win of the season.