For the last three years the man born in Santpedor, Catalonia has shown that he is no ordinary coach. Not just because of his spectacular success, but also because of the fresh innovations he has brought to task of overseeing the first team. 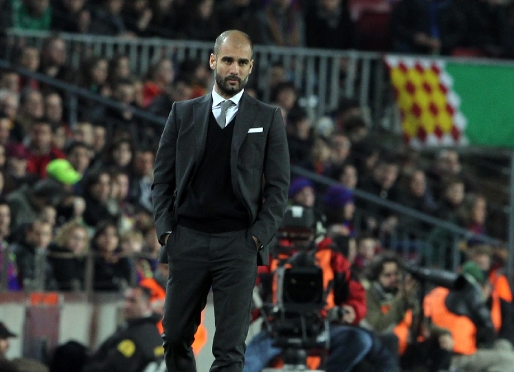 Pep Guardiola’s wide ranging experience as a player has allowed him to apply a series of innovations that set him apart from other coaches. Since becoming first team coach at FC Barcelona, the man from Santpedor has made several changes to the way things have been done in the past, and he has done it with great success. With his years at Barça and also in Italy, Mexico and Qatar, Guardiola has created his own style with new ideas that have proved to be ahead of their time.

The first step: the Ciutat Esportiva

At Barça he took the decision to move all footballing activity to the Ciutat Esportiva Joan Gamper. That was where the first team would make their home with their own dressing rooms, own gymnasium and their own medical centre, where they could work away from prying eyes with a skilled, professional back up staff.

Videos of them and us

In the offices is where the team is constructed, using audiovisual techniques that differ from those of other coaches, not just to analyse their upcoming opponents but also to review Barça’s own matches or even their own training sessions. In fact Guardiola has applied techniques perfected from his time in charge of Barça B in the Third Division.

One of the most surprising changes is one that other top teams have gradually made in recent time; for away games in the league and the Cup the team now travels on the same day. The Barça coach, who in his time as a player spent plenty of long days in hotels, has opted to help player be more relaxed and to focus more on the on the field business of being a footballer.

With regards to games at Camp Nou, the typical ‘concentrations’ of yesteryear have been consigned to history. The players now train on the morning of the game and instead of retreating to a nearby hotel they are now free to go home to return to the stadium ninety minutes before kick off.

As well as using video to study the team’s performances, Pep Guardiola and his coaching staff have used it as a motivational tool. For example, just minutes before the Champions’ League final in Rome against Manchester United a montage of images of the squad was mixed with images taken from the film ‘Gladiator’ was shown in the Barça dressing room prior to the club winning their third European Cup.

A year later, in the minutes preceding the game in which the team claimed their second league under Guardiola, the players watched a video of the attempted rescue of the mountaineer Ińaki Ochoa on the Himalayan mountain of Annapurna, before going out and claiming the league title against Valladolid on the final weekend of the season 2009/10.

Nothing escapes Pep Guardiola: he has the players have breakfast and lunch together as often as possible in the first team’s dining area at the Ciutat Esportiva. The club, at Guardiola’s request, have put together a team of chefs who work each day to attend to the nutritional needs of the players.