Midfielder Xavi Hernįndez will be out of action for 7 to 10 days due to a small rupture in the fibres of the soleus in his left leg. 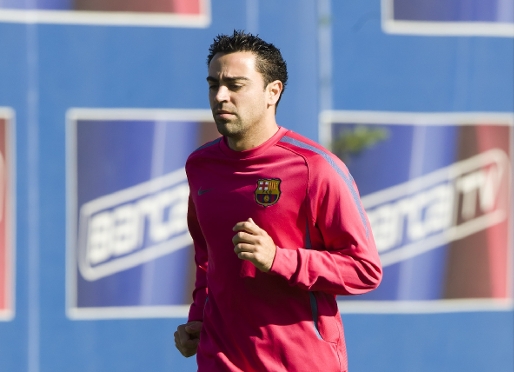 Xavi Hernįndez underwent echography and magnetic resonance today to investigate the discomfort he is feeling in his left leg. The tests have revealed that fibres have been slightly damaged in the soleus muscle.

The Club Medical Services have predicted that he will be sidelined for 7 to 10 days as a result. That means he will sit out the next two league fixtures against Mallorca and Valencia, assuming that the injury does indeed take as long to heal as the club doctors have suggested it could.

As well as the central playmaker, Pep Guardiola is also going to have to put together a team without Carles Puyol, Jeffren or Vķctor Valdés, who underwent different medical examinations on Sunday.

To confound his plans even more, Guardiola will also be missing the suspended Alves against Mallorca.