Spanish League Round Up Week 24

Spanish League Round Up Week 24

Real Madrid, Seville and Barēa were the only teams in the top 10 to win at the weekend, with Real Sociedad joining them on Monday by beating Mallorca. 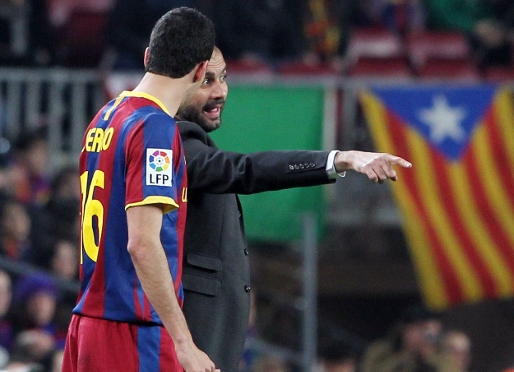 Mallorca lose ahead of Barēa visit

Barēa’s next La Liga’s opponents, Mallorca, suffered a blow to their European aspirations when they went down 1-0 to Real Sociedad at Anoeta on Monday night. Raul Tamudo scored his 135th La Liga goal to give the Basques the points.

The teams in the bottom half are all desperate for points and there were some notable wins for Osasuna and Racing.

Whilst Real Madrid and Barēa both won, the challenge for UEFA spots continues to stutter along with Bilbao, Espanyol, Getafe and Mallorca all losing at the weekend –and neither Valencia nor Villarreal able to take the three points at home, whilst at the bottom, only Zaragoza, Hercules and Llevant lost. In Almeria the goal of the weekend had to be Deportivo’s injury time equaliser – from the keeper Dani Aranzubia!

Valencia and Villarreal slip up

Real Madrid duly saw off Llevant 2-0 on Saturday, thanks to goals from Benzama and Carvalho, to momentarily close the gap on Barēa to two points, but the other two top four teams were unable to maintain their challenges: Valencia’s goalless draw with Sporting at La Mestalla again showed how Preciado’s team can lock out a big side, following their same trick against Barēa last weekend. Villarreal had the chance to take back third spot, but they too were held to a draw, as bottom club Malaga took a valuable point. The 1-1 result means that Villarreal have now gone three games without a win.

Espanyol are suffering an even worse run than Villarreal - their 4-0 thrashing at Osasuna was their fourth straight defeat on the run as transfers and injuries have taken their toll and although they hold onto sixth place, their European hopes are looking considerably tarnished. The win for Osasuna was a great debut for new boss Mendilibar, lifting his team up to 14th and with games against Levant, Deportivo and Malaga over the next two weeks, they will hope to have hit form at the right time. Rakitic scored the only goal for Seville in their win over Hercules, which takes Manzano’s team up to within three points of Espanyol and leaves them leading the group of teams fighting to catch up Pochettino’s side. Real Sociedad, who visit Espanyol next week, are level on points with Seville and Atletico Madrid, who beat Zaragoza with a single Aguero goal are a further point behind.

Racing inflicted Getafe’s fourth defeat from their last five home with a late Pinillos penalty and the Santander team are now just three points behind Michel’s stuttering side, who sit 10th, just above Mallorca on goal difference. Deportivo are a point behind Racing thanks to their astonishing 1-1 draw against Almeria, where with 94 minutes on the clock they looked doomed to defeat, before keeper Dani Aranzubia came up for a corner and headed in the equaliser to become the first Spanish keeper to ever score in open play. It was cruel for Almeria, who stay second from bottom, a point above Malaga and two behind Zaragoza, who slip back into the relegation spots after three games without a win.