Guardiola: "we are ready to take on Bilbao”

Guardiola: "we are ready to take on Bilbao”

Guardiola is confident that the team will bounce back from the defeat in London and put in a good performance against Bilbao on Sunday. The boss is also certain that the players won’t be at all tired from the number of games they’ve had in February. 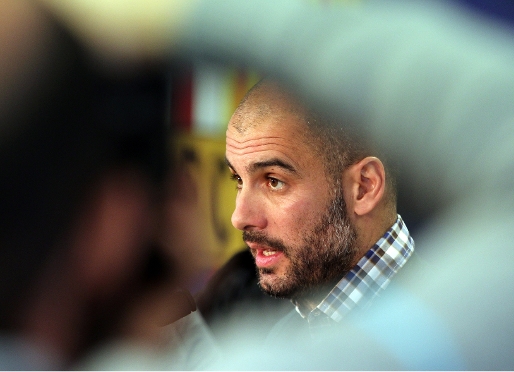 Guardiola dealt with issues surrounding a number of his players, including David Villa, who the boss assured reporters: “trained very well today”. In contrast to Villa, whose knock on the ankle on Wednesday shouldn’t keep him out of any games, Carles Puyol is still getting back to full fitness and although Guardiola will be without the suspended Piqué for the second leg against Arsenal, he stressed that he wouldn’t be pushing his captain: “he’s much better, but he’ll only be there if he’s OK”.

Guardiola also defended Messi from those people who’ve been questioning him after just two games without a goal: “the handicap he has are his great stats. He has to be strong enough to assume all the expectations that the world has of him after he’s done so many fantastic things already”.

Pep reckons that his players’ response to the defeat in London: “will be a good one…. They’ve shown that they can respond on other occasions before now….they are the best and we are ready to take on Bilbao”.

Defeat is part of the game 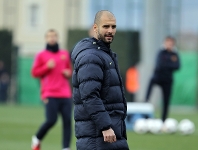 Questioned about the defeat to Arsenal, Guardiola insisted: “you have to accept that losing forms part of the possibilities when you play any sport…. It’s the exception rather than the rule to win 16 games on the run. In general terms, the team has been in good form all year, but there is nothing more obvious than that we are not invincible”.

Different from the Cup game

Guardiola knows plenty about Bilbao, with the two having played in the Cup in December and January, but he warned that Sunday’s will be a different game: “it’ll be a match with just three points at stake. They’ve played against us by sitting back in defence, but they’ve also come out and taken the game to us at times – they can play either way. This is one of their best seasons in recent years”.

Finally, Guardiola returned to Wednesday’s defeat, claiming: “it was one of our best games away from home in Europe. I hope we compete as well as that until the end of the season!”.