Josep Guardiola did not have David Villa with him as the team trained ahead of the league fixture against Athletic Bilbao. The striker has sprained his left ankle. 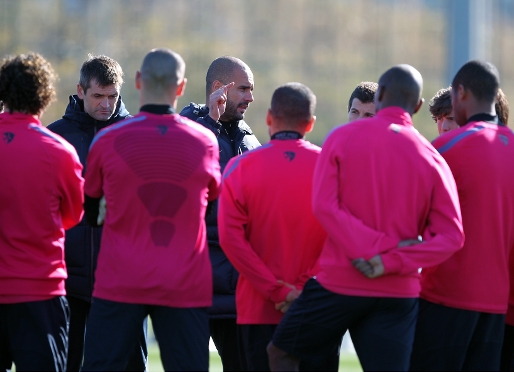 Next session on Saturday

The players will next be training on Saturday behind closed doors in the Ciutat Esportiva Joan Gamper at 11.00. Manager Josep Guardiola will be giving a press conference straight after.
After enjoying a day off, the Barça first team returned to work today as they start training for Sunday’s game at 21.00 against Athletic Bilbao at the Camp Nou following the return to Champions League action midweek.

Barça coach Josep Guardiola had a squad of 127 to work with at the Ciutat Esportiva Joan Gamper. Striker David Villa was in the treatment room receiving therapy on his left ankle. However, the injury is not serious and the Asturian should be able to train normally tomorrow Saturday.

With Puyol and Jeffren also injured and in the gym, today’s session was bolstered to 20 by the inclusion of three reserve players, namely Abraham and Sergi Roberto of the B team and youth player Dalmau.