Bojan Krkic was interviewed on the Barńa TV programme æEstaci¾ Camp NouÆ to be aired on Friday and he admitted GuardiolaÆs `positive influence on him and expressed his confidence in being able to get more minutes on the pitch. 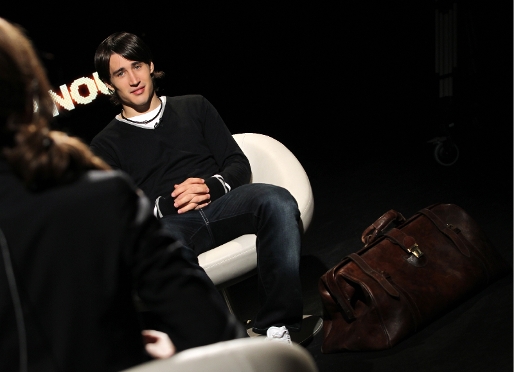 Bojan’s popularity backfired on him when an imposter set up a fake Facebook account in his name and began a campaign for Espanyol to be relegated. The youngster found the experience upsetting and decided to keep his social networking activities to the mobile phone or Messenger.
In a wide ranging interview, the young Barńa striker accepted the difficulty of establishing a place in the team: “obviously the best moment for a player is when he’s getting lots of game time and enjoying himself on the pitch. It’s not like that for me right now, but I’ll continue to fight to try and achieve the happiness that will bring me”.

From Rijkaard to Guardiola 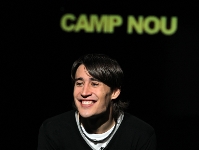 Although he is the youngest member of the squad, he’s already in his fourth season with the first team and even though he admits that it was tough settling in at first, Bojan insists that all the pressure: “has helped me to mature more quickly”. Frank Rijkaard handed him his first team debut and Bojan confessed: “I’ll always be grateful to him”. The Dutch boss was just one season at the Nou Camp with Bojan before Pep Guardiola stepped in to turn the team’s fortunes around.

With Pep in charge, success came in spades: “I’m very proud of this stage which I’ve been able to share with Guardiola. He’s shown me values I didn’t know and which are making me a better footballer….I’ve learnt to be part of a team from a different place –the bench – and not to lose my excitement… to maintain confidence in myself. I’d never had to go through that before and I value the experience”. 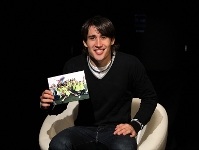 Bojan was eight years in the club’s youth teams and he always had a scorer’s instinct, getting 800 goals for the various youth teams and he reckons: “I have a lot of memories of that time and when I think of it, it gives me goose bumps, because I never stopped enjoying it”.

He was soon playing with the first team and after making his debut in Cairo, he quickly became a crowd favourite: “it was hard to take the fame on board. When you are just 17 and you can’t go to the cinema or go out with your friends without people spotting you, it’s not easy and I found it difficult…. But you have to go out and continue to do things and I try and let people see that I’m the same guy as I always was- I try to be the Bojan I was before”.

One of the keys to Barńa’s success has been the great atmosphere amongst the players and Bojan is clear: “there are some great people in the squad”. And who does he turn to in the squad when he has a problem? “there’s a special person for me and that’s Andres Iniesta, I can get things off my chest with him at any time. Another special person is Gaby Milito – we’ve had a good relationship from the start and he we both help each other”.