Barēa have had to come back from a 2-1 defeat in the first leg of a European tie a total of five times –three times successfully and twice against English opposition, Ipswich, when they won and Leeds United, when they lost. 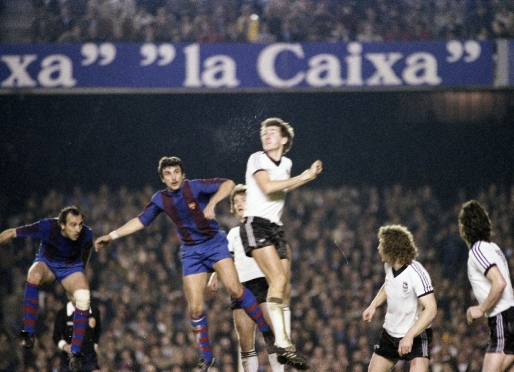 In 1977 Barēa and Bilbao met in the quarter finals of the UEFA Cup and the Basques won 2-1 in the first leg at San Mames after Churruca and Dani replied to Asensi’s opening goal. Although Johann Cruyff scored twice in the return leg, Bilbao’s Irureta also got two and it was Bilbao who went through to the semis.
Coming back from the 2-1 defeat in London certainly isn’t impossible for Guardiola’s men and the Club’s history has plenty of examples of similar comebacks. Since the Club first took part in European games in 1955, they have faced a 2-1 deficit from the first leg on five occasions and in three of them they have come through the tie.

The last time Barēa had to come back from losing 2-1 was in the 1978/79 season after losing at Portman Road to Bobby Robson’s Ipswich Town in the quarter finals of the Cup Winners Cup. 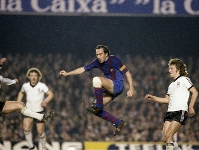 The English team’s 2-1 win in the first leg was not without controversy as Barēa claimed their keeper Artola had been fouled in Ipswich’s first goal, whilst Robson’s side demanded the sending off of Zuvirķa for some rough play. Gates got both Ipswich’s goals, whilst Esteban got the all-important away goal for Barēa.

On March 21st 1979, Lucien Muller’s Barēa did the job at the Nou Camp, with a 39th minute goal from Migueli proving enough to win the tie in a game in which Barēa’s domination deserved more than that single strike.

In the last 16 of the 1966 Fairs Cup, Barēa also had to overcome a 2-1 defeat in the first round, against the Belgian team Royal Anvers. An own goal from Eladio and a second from Segers was answered by a single goal from Rifé. 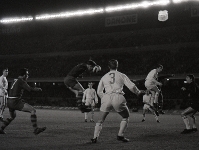 In the return game at the Nou Camp, Barēa overcame the disadvantage of playing with 10 men from the 28th minutes, after an injury to Chuss Pereda, to run out 2-0 winners, thanks to goals from Rifé and Zaballa.

Toss of a coin in Hannover

In the next round of that season’s Fairs Cup – the quarter finals -, Barēa were drawn against Hannover . At that time, there was no away goals rule and if a draw happened over the two legs, a third game was played and if that didn’t settle things, then it was decided on the toss of a coin. 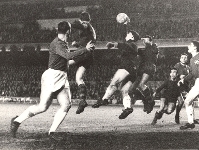 Hanover won 2-1 in Germany and Barēa replied with a 1-0 win in Catalonia. The third game was played in Hannover and that ended 1-1 after extra time. Luck was on Barēa’s side though and they won the toss to take the tie and move onto the semis.

The semi final of the 1975 European Cup is still a bitter memory for many Barēa fans. Leeds United won 2-1 at Elland Road, with goals from Bremner and Clarke and one from Asensi direct from a free kick, but not even the magic of playing on San Jordi’s Day was enough to help Barēa come back at the Nou Camp.

Peter Lorimer scored after just 6 minutes in the return leg to silence the Catalan crowd, who had turned up hoping for a historic European night. The equaliser didn’t come till the second half, when Clares turned in a Gallego cross, but the disciplined English defence held out and Barēa were unable to force extra time.