The win over Atletico Madrid means Barça have become the first ever team in La Liga to chalk up 16 games on the trot, beating the previous record set by Real Madrid in the 1960-61 campaign.

It’ll be a tough record to beat, with the previous best having stood for more than half a century, but Guardiola’s team will of course be looking to do just that next week when they travel to Gijon to play Sporting. During the 16 game run the team have scored 60 goals and conceded just 6. 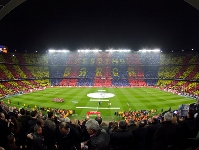 The Club has only played La Liga games at its present ground and at the old Les Corts pitch, where 320 matches were held (245 wins, 41 draws and 34 defeats). 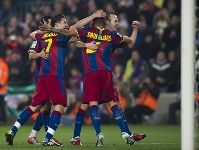