Barça top the scoring in Europe

Barça top the scoring in Europe

Barça is the highest scoring team in any of the main European soccer leagues. Guardiola’s side has scored 67 goals in the domestic championship, more than other league leaders like Manchester United, Milan, Lille and PSV.

With most leagues now well past the halfway stage, it is FC Barcelona that is setting the continent alight with its goalscoring might. No side can boast anything to compare with FCB’s stunning 67 goals in 21 games, an extraordinary average of 3.19 goals a game. 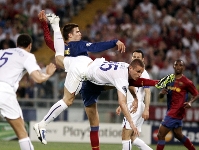 The Premier League leaders are one of the highest-scoring teams around but Manchester United are 13 goals short of Barça’s tally, and that is despite playing three more games. Sir Alex Ferguson’s side has ‘only’ managed an average of 2.25 goals a game, and the highest scoring Red Devil is Berbatov, with 19 goals, which is two shy of the 21 that have been scored by Leo Messi. 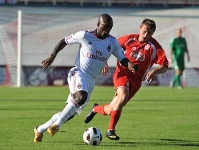 The other European league leaders don’t come anywhere close to what Barça are achieving. Serie A leaders Milan also lead the scoring in Italy, but with just 39 goals in 23, an average of 1.56 goals a game.

But Borussia Dortmund have been posting comparable performances to the Liga leaders. The Bundesliga leader has banged away 46 goals in 20 outings, averaging 2.3 goals a game. Over in France, meanwhile, Lille are dominating the championship in every respect, and have scored 39 goals in the same number of games, 21, played by Barcelona. That’s a massive 28 fewer goals scored by the French outfit. 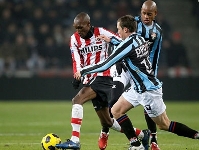 The Eredivisie probably can’t claim to be as strong a league as the Spanish one, but it has always produced some amazing attacking flair. That is reflected by the way the Dutch leaders, PSV, have scored 58 goals this season, a total that is only nine fewer than that of the Catalan giants, and in the same number of games. 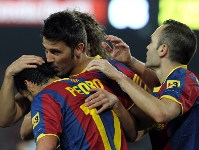 Barça are not just outstanding in attack, they also have the best defensive record in Europe’s main leagues. They have only conceded 11 goals in 21 matches, which basically means they have only let in one goal every two games. That is considerably better than any of Europe’s meanest defences at the moment: Milan (18 goals in 23 games), Chelsea (21 goals in 24 games), and Stade Rennais (17 goals in 21 partits), with the only exception of Borussia Dortmund (12 goals in 20 games), whose record comes very close to matching Barça’s.