Agreement to promote Barça in China

Agreement to promote Barça in China

This Saturday at 12.30, a strategic collaboration agreement will be signed between FC Barcelona and the company Intersports, owned by Beijing City Council, to promote the image of the club to the Chinese market. 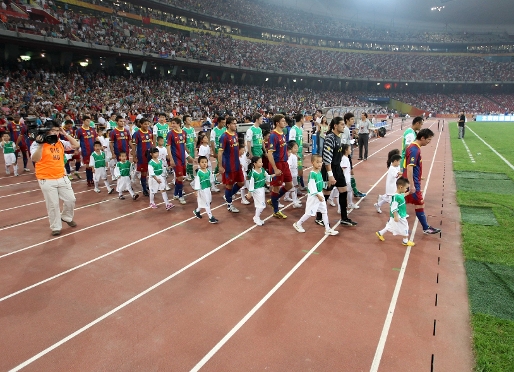 This strategic collaboration agreement between FC Barcelona and the Intersports company, owned by Beijing City Council, should expand the image of the club in the Chinese market, and will involve actions such as a sports campus for the next five summers in the Beijing Olympic Stadium.