Fifty young Israeli and Palestinian aged between 10 and 12 enjoyed a great time at the stadium on Saturday night for the game against Seville. On Friday, the youngsters had met with the first team squad. 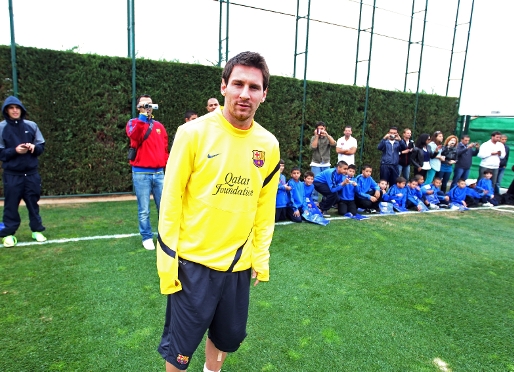 The youngsters, from two sports clubs in Jerusalem- Shuafat in East Jerusalem and Hapoel Katamon in West Jerusalem - were invited to the game as part of their trip to the city organised by the Fons Catalŕ de Cooperació in collaboration with the Fundació del FC Barcelona. The project aims to promote peace values through the vehicle of sport.

As well as this group, a delegation from the YaLa (Young Leaders Movement), made up of three young Israelis and three Arabs invited by The Peres Center For Peace also attended the game.

Meeting Guardiola and the players

On Friday, the youngsters had the chance to meet Pep Guardiola and a number of first team squad members, including Messi, Puyol, Alves and Pedro at the Ciutat Esportiva, as well as having the chance to visit the Camp Nou Experience.