After all the proposals presented on Sunday were passed unanimously, vice president Jordi Cardoner qualified the XXXIIth Supporters Clubs Congress as a historic moment. 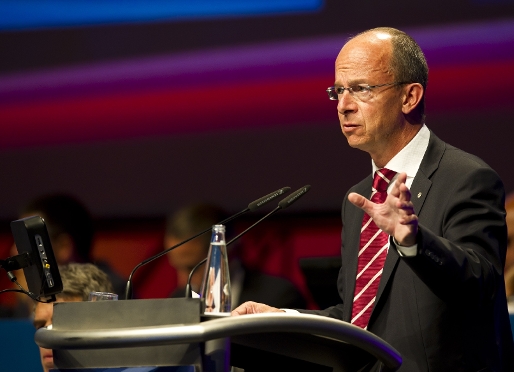 Jordi Cardoner went over some of the actions conducted by the club in order to promote the supporters clubs movement. He commented that the number of human resources has been increased from 6 to 11. The club has coordinated no fewer than 457 actions related with the supporters clubs, and has also improved communications, referring to the “Infopenyes” show on Barēa TV, a website that is to undergo major changes, and the success of the broadcast of 20 chapters of the programme “Quina Penya”, all of which the club intends to maintain.
The vice president of the FC Barcelona Supporters Club, highlighted how, for the first time, the club and its supporters clubs have unanimously agreed to lay the bases for the Penyes Segle XXI project, with a series of regulations and methods to decide how the supporters clubs movement is to work from now on. In that regard, it should be stated that in the first part of the Congress, the votes on the regulations for supporters clubs, celebrations, events and protocol, the identity of supporters clubs and organisation were all passed unanimously.

“Taking decisions by majority vote is democratic, but such unanimity shows that you are a movement, a homogenous group, which is a basic principle behind being strong and taking actions, that you have made some important decisions by working together. This is a clear demonstration that the supporters club movement is close to the club”, said Cardoner.

For Cardoner, the success is the result of this Congress serving to show that the supporters clubs movement, when it participates, works as one. That is the most important conclusion of this Congress, in which both parties have made a bilateral agreement to promote the Penyes Segle XXI project. 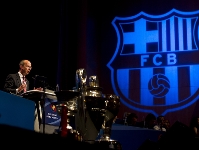 On the same issue, Cardoner spoke of the importance of “rejuvenating and modernising the movement. There is a long way to go. There has been a delay in recent years. The club and the supporters clubs have not evolved in the same way.” He also voiced the need for the supporters clubs “to actively participate in the Foundation’s activities.” Another of the basic needs, he feels, is “to sense that the club is close”. Initiatives like this year’s Festa Barēa show “we can meet to build Barēa outside of football”.

Cardoner said that one area of concern is the “increasing number of supporters clubs outside of the country. We have to be able to organise this growth. We have to grow, but we have to control the Barēa image. That is one of the most important assignments for the future. We want to grow, but in an orderly and coherent fashion.”

Jordi Cardoner also discussed the main points of a review of the club’s social area. These actions had already been announced at a press conference in July .