Barēa feel the warmth of the Miami supporters

Barēa feel the warmth of the Miami supporters

The Miami FC Barcelona Supporters Club showed its best face for the visit of vice presidents Jordi Cardoner and Josep Maria Bartomeu, who brought with them the Champions League trophy. 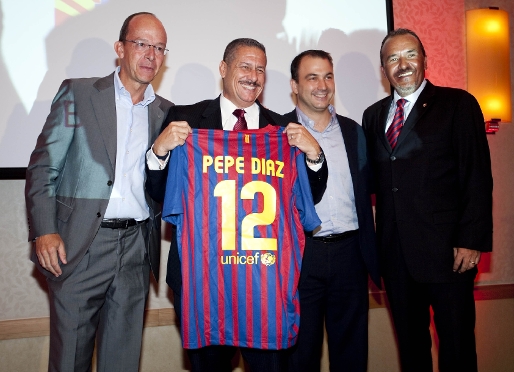 The Miami Barēa Supporters Club, founded in 2003, witnessed, on Tuesday night, a historic day for Barēa. More than 100 supporters turned up for the visit of a delegation from FC Barcelona, led by Jordi Cardoner and Josep Maria Bartomeu. Coinciding with Barēa’s visit to Florida, the supporters club organized a welcome dinner.

With a total of 50 members and 600 supporters, the Miami Barēa Supporters Club is on a high. "Today we have fans from all over. The history of the club and its grandeur has attracted a lot of attention. Sporting success also helps" said Rafael Escofet, president of the Supporters Club, speaking of the reasons for the growth of the club.

Growth of Supporters clubs in the U.S. 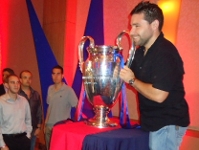 The supporters clubs in the United States are experiencing a time of growth. Josep Maria Barnils, international head of the Social Commission, explained that last year 3 new U.S. supporters clubs were registered, in Washington DC, San Francisco, and Chicago and 3 more are in the pipeline, in Dallas, Seattle, and St. Louis. "It's fantastic to come here and feel the Barēa connection" Barnils explained.

It was a feeling similar to that expressed by Jordi Cardoner, vice president of the Social Area, during his institutional speech: "We feel right at home here. I’m here to thank you because what you do is so valuable". Cardoner encouraged the supporters to keep supporting Barēa, even when the results are not so good: "You should be proud of belonging to the best team in the world. When we lose we’ll still be the best team, because socially we are unbeatable".

The event, in which the Champions League trophy played a prominent role, was attended by José Diaz, Commissioner of District 12, Miami Dade, and local head of the sporting area. Wearing a Barēa tie, he had nothing but praise for Barēa. He also handed over the key to the city to Jordi Cardoner.