The FC Barcelona Foundation has strengthened its links with the Inter American Development Bank (IDB)following a meeting held in Washington. 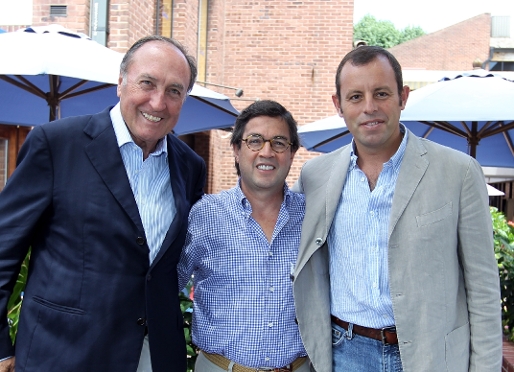 Although the presentation of the agreement between the Fundació and the Bill & Melinda Gates Foundation captured most attention, the Club’s Foundation has also been busy on other fronts during the Tour so far and part of that work was the meeting held with the President of the Inter American Development Bank Luis Alberto Moreno and members of his team.

The meeting served as a chance to check the progress made since the two organisations signed an agreement earlier this year, which focussed principally on the project for building sporting facilities in 12 of the poorest areas of Rio de Janeiro, a commitment undertaken together with the NBA and the city’s council. 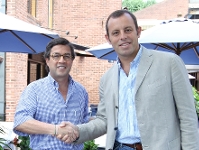 Luis Alberto Moreno expressed his satisfaction with the co-operation so far and also explained: “I have been surprised at the relevance that this Club has. I was recently in Egypt and Haiti and you could see Barça shirts everywhere”. He also referred to his visit to the Club earlier this year: “I went and saw them explaining that the hardest game to win was to beat poverty. From that moment I understood what was in their hearts”.

The Bank’s President reckons the Club can bring plenty to his own organisation: “we can teach in poor areas through sport -a thing as simple as the rules of building citizenship and that then helps us reduce violence which is a big problem in our countries”.

The Vice President of the Fundació, Ramon Pont also explained: “the Club has known how to exploit this successful period in our history to project our values”, insisting that although the Club is rooted within its own community “we have to be global, because we can offer a lot”. Club President Sandro Rosell, director general, Antoni Rossich and the director general of the Fundació, Josep Cortada, were also present at the meeting.