FC Barcelona are launching FCB Watch, a new iPhone application that lets fans know, via mobile phone, when the next Barça matches are, and the bars where they can watch the broadcast 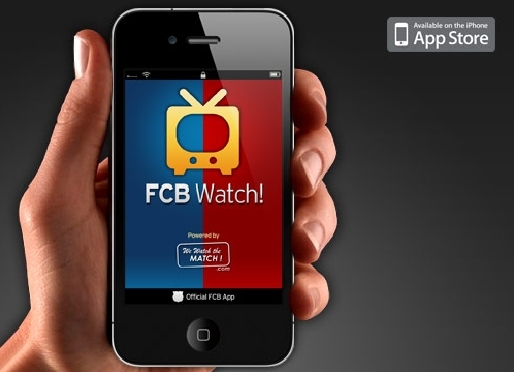 Support for the Mobile World Congress

Last week it emerged that Barcelona will host the World Mobile Phone Congress, the most important in the world, between 2013 and 2018. FC Barcelona has offered its unconditional support for this nomination.

In addition, the Club is working on promoting new technologies, as demonstrated on 6th of July, when Sandro Rosell personally signed the agreement with Telefonica to promote new technologies in the Camp Nou. The club has a clear to lead the promotion of R & D at home, in Catalonia, in collaboration with the Board of Fundació.cat.
FCB Watch is a new iPhone application that FC Barcelona is launching that will allow all fans to know, by phone, where they can watch forthcoming Barça matches, and the bars which will broadcast the game. FCB Watch works as a social network for Barça fans through which fans communicate where they are watching the game or where they will watch it. In this way, other fans looking for somewhere to watch the game can find out where it’s on.

This mobile application is free to download and to do it to the iPhone all you have to do is access iTunes and download it. Please note that the application will shortly be available for Android.

Once downloaded, users of the application who want to find a place to watch the game will select the match with FCB Watch through the "Search" option, indicate their destination, and straight away the phone will provide all the places where one can watch the game. Those who wish may confirm, via the button 'Confirm Event', that in a certain bar you can watch the game. Once a bar has confirmed that they’ll be showing the match, one can confirm that they will be there with "I'm attending" or that they are already doing a "Check in".

If a user wants to make a request that a bar might show the game, he can use the "Request" option. In this way we can let the owner of the bar know that customers want to watch the matches. The option "Favourites" will allow the user to identify their favourite bars and the user can receive bar promotions and the games the bar is planning to broadcast.

According to Didac Lee, director in charge of New Technologies, "the application will serve to bring fans to the team wherever they are, anywhere in the world" This initiative, a pioneer in the world of football, responds to Barça’s new digital strategy to serve all members and supporters. At the same time, such actions also represent a new source of income for FC Barcelona in the field of technology and, specifically, the mobile platforms.