In Buenos Aires, Messi has revealed the results and projects of his Foundation. He deems his social work "the best individual triumph possible".

People from the sports, culture and political world in Argentina attended Leo Messi’s gala presentation of his Foundation created in 2007 to promote equal health and education among children. Some 500 people were at the Hotel Sofitel Reserva Los Cardales in Buenos Aires. 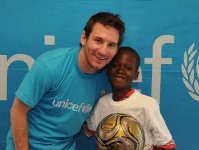 The gala included a number of folklore shows and a review of the good work done by the Fundación Leo Messi. "This is better than any individual triumph", commented Messi.

A video was also shown of Ronaldinho, a close friend of Messi’s, speaking about the importance of the charity work promoted by the Barcelona number 10. The gala also reminded listeners of things like the way Messi travelled to Haiti as the UNICEF goodwill ambassador, and the creation of a children’s play area in the maternity ward of the Hospital Universitari Vall d'Hebron de Barcelona. 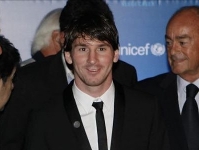 The Fundación Leo Messi and the Fundació FC Barcelona are working together to define common projects concentrating on the use of sport as a promoter of social inclusion.