A total of 891 professionals, including reporters, photographers, commentators, cameramen and specialists are coming to represent 159 media from 28 different countries at the clásico on Monday. The game will be seen the world over.

Printed media, agencies, radios, televisions … the media area is going to be busier than ever for Monday’s showdown.

From Andorra to China

First time around the world 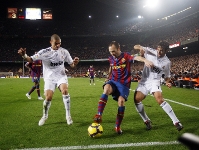 The addition of India this year means that for the first time ever there will be nowhere in thr world where people won’t be able to watch the game, which presumably means it will also have the biggest audience ever. The fact that the game is on Monday helps, because TV consumption is always higher on that day of the week, and the game won’t conflict with games in other domestic leagues. It’s going to be a veritable worldwide clásico. 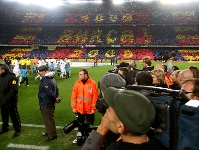 The 159 media with passes